Includes, for example, the following: Foreword by Earl A. Powell III / Preface by Robert Gore Rifkind / A Salute by Wold-Dieter Dube / An Introduction to the Expressionist Movement by Peter Guenther / The Rival of Printmaking in Germany by Ida Katherine Rigby / Illustrated Books and Periodicals by Paul Raabe / The Embrace of Expressionism: The Vagaries of Its Reception in America by Stephanie Barron / Scholarship: Past, Present, and Future Directions by Rose-Carol Washton Long / Index etc.

From An Introduction to the Expressionist Movement: “The graphic works in the Robert Gore Rifkind Center for German Expressionist Studies forma convincing and comprehensive visual core of the most extraordinary developments in the arts in the first quarter of the twentieth century. They are not only remarkable creative achievements by the individual artists but, of equal importance, documents of what must be called the Expressionist movement. Even a cursory glance at the holdings shows clearly that they do not represent a single style. A study of the painting, sculpture, literature, theatre, music, and film of this period only reinforces this. Neither in form nor in content is there a commonality that would permit a stylistic definition. Yet there was an underlying trend, a shared vision of the world, that allied many artists with the Expressionist movement. At its roots it consisted of two specific and seemingly diametric positions. One was a profound no to the parent generation, the dominant historicism, the restive patterns of society, and the strains caused by rampant industrialization and the materialism that accompanied it. The other was a deep-seated hope for a revolutionary change that would bring greater freedom for the arts, a truly humane existence for all, and a brotherhood of man, which pronounced an equally emphatic. This hope was grounded in the belief that the arts could bring about change by making the viewer, reader, or listener a participant in the building of a better society. A virtually religious or spiritual attitude toward life and freedom underlay the Expressionist movement.” (p.1)
The Robert Gore Rifkind Center for German Expressionist Studies at the Los Angeles County Museum of Art contains the world’s most comprehensive and distinguished collection of German Expressionist prints and drawings, illustrated books, and periodicals.
The richly illustrated essays in volume One place the collection in the context of the history and development of the German Expressionist movement, survey research in the field, and include Robert Gore Rifkind’s interview with Oscar Kokoschka. 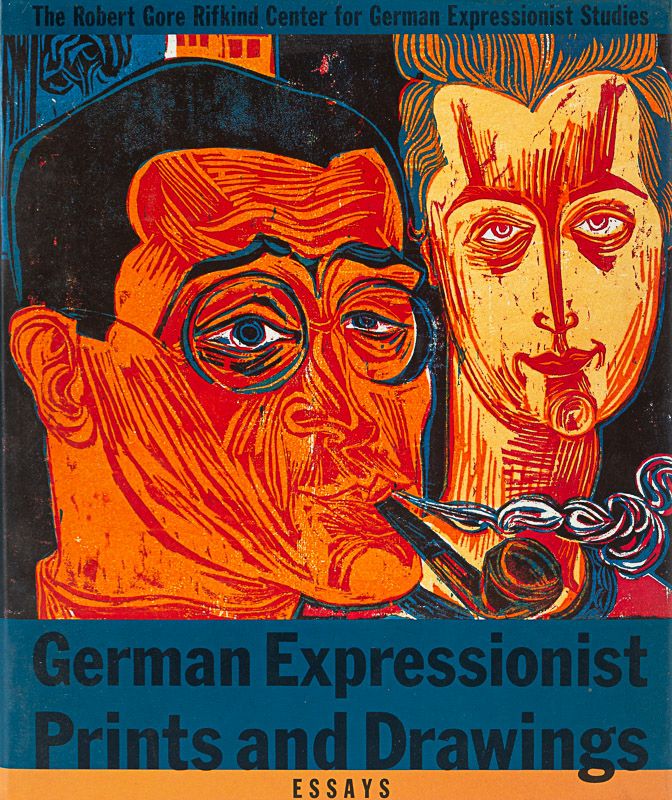 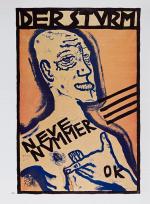 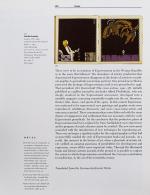 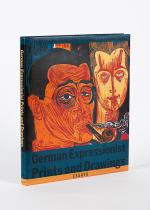