The Burn. A novel in three books (Late Sixties – Early Seventies). Translated from the Russian by Michael Glenny.

New York, Random House, 1984. 528 pages. Hardcover / Original cloth with dustjacket. First US edition of “Ozhog” – this portrait of life during the Kruschev years, whose publication in Italy forced Aksyonov to emigrate in 1980. Probably his major work to date. Near fine in very good+ dust jacket. Inscribed and signed by Aksyonov on the front free endpaper.

Vasily Pavlovich Aksyonov (August 20, 1932 – July 6, 2009) was a Soviet and Russian novelist. He is known in the West as the author of The Burn (Ozhog, from 1975) and Generations of Winter (Moskovskaya Saga, from 1992), a family saga depicting three generations of the Gradov family between 1925 and 1953.
Vasily Aksyonov was born to Pavel Aksyonov and Yevgenia Ginzburg in Kazan, USSR on August 20, 1932. His mother, Yevgenia Ginzburg, was a successful journalist and educator and his father, Pavel Aksyonov, had a high position in the administration of Kazan. Both parents “were prominent communists.” In 1937, however, both were arrested and tried for her alleged connection to Trotskyists. They were both sent to Gulag and then to exile, and “each served 18 years, but remarkably survived.” “Later, Yevgenia came to prominence as the author of a famous memoir, Into the Whirlwind, documenting the brutality of Stalinist repression.″

Aksyonov remained in Kazan with his nanny and grandmother until the NKVD arrested him as a son of “enemies of the people”, and sent him to an orphanage without providing his family any information on his whereabouts. Aksyonov “remained [there] until rescued in 1938 by his uncle, with whose family he stayed until his mother was released into exile, having served 10 years of forced labour.” “In 1947, Vasily joined her in exile in the notorious Magadan, Kolyma prison area, where he graduated from high school.” Vasily’s half-brother Alexei (from Ginzburg’s first marriage to Dmitriy Fedorov) died from starvation in besieged Leningrad in 1941.

His parents, seeing that doctors had the best chance to survive in the camps, decided that Aksyonov should go into the medical profession. “He therefore entered the Kazan University and graduated in 1956 from the First Pavlov State Medical University of St. Peterburg” and worked as a doctor for the next 3 years. During his time as a medical student he came under surveillance by the KGB, who began to prepare a file against him. It is likely that he would have been arrested had the liberalisation that followed Stalin’s death in 1953 not intervened. (Wikipedia) 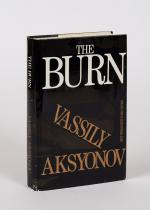 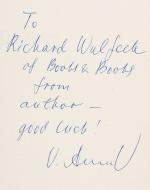 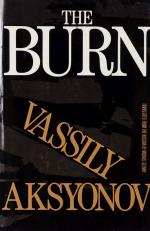