Three Talks by Jacques Barzun at Northern Kentucky University. [What are the Cracks in our Civilization ? / Language and Life: On the Necessity of a Common Tongue / This Business of Humanities]

Jacques Martin Barzun (November 30, 1907 – October 25, 2012) was a French-American historian known for his studies of the history of ideas and cultural history. He wrote about a wide range of subjects, including baseball, mystery novels, and classical music, and was also known as a philosopher of education. In the book Teacher in America (1945), Barzun influenced the training of schoolteachers in the United States.
He published more than forty books, was awarded the American Presidential Medal of Freedom, and was dubbed a knight of the French Legion of Honor. The historical retrospective From Dawn to Decadence: 500 Years of Western Cultural Life, 1500 to the Present (2000), widely considered his magnum opus, was published when he was 93 years old. (Wikipedia)

Harry Tuchman Levin (July 18, 1912 – May 29, 1994) was an American literary critic and scholar of modernism and comparative literature. (Wikipedia) 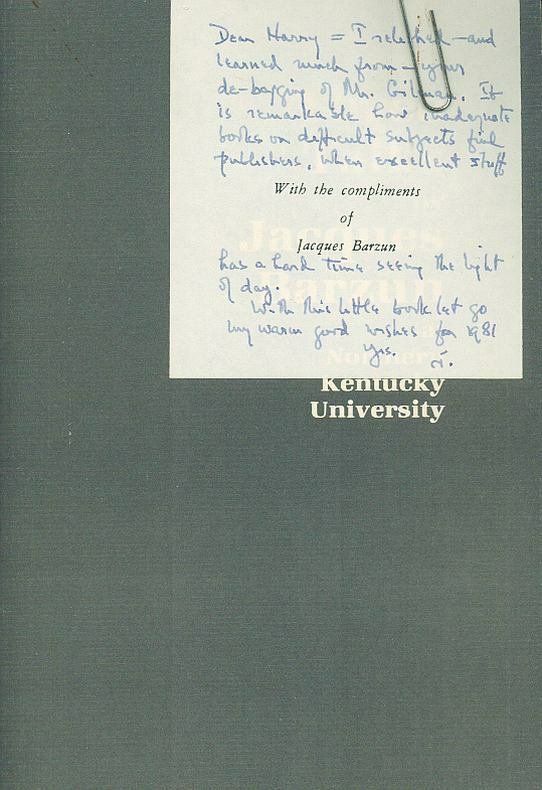