An elaborately detailed and richly imaginative map of southern Africa from the Congo/ ‘Le Lac de Zaire’ down to the Cape of Good Hope on the ‘Coste De Cafres’ and including Madagascar. River and mountain features engraved on map. ‘Oceanus Aethiopicus’ and ‘Oceanus Orientasis’ are also identifed. However the map stands out for the subterranean lake depicted underneath a mountain range at the centre of the map.
This is one of several maps prepared by Kircher to illustrate his unique hydro-geological theory. Kircher hypothesized that tides and currents are caused by water moving to and from a massive subterranean ocean. Kircher further postulated that water entered and exited the subterranean ocean via a number of great abysses situated around the globe. In addition, he believed that massive underground lakes lay beneath most of the world’s great mountain ranges – one such lake is apparent here and the obvious centerpiece of the map under the fabled Mountains of the Moon that were purported by the Ancients to be a possible source of the Nile.
The genesis of this map has its origin in an account of visiting a lake that was believed to be the Nile’s source left by a contemporary of Kircher, Peter Páez, a Jesuit explorer. Kircher copied the account and incorporated into his work, but made the imaginative leap of asserting that the Nile flows from a lake under the Mountains of the Moon. The map appeared in Kircher’s book, Mundus Subterraneus (The Subterranean World) that was first published in 1665 laying out his (pseudo-) scientific theories on hydro-geology. 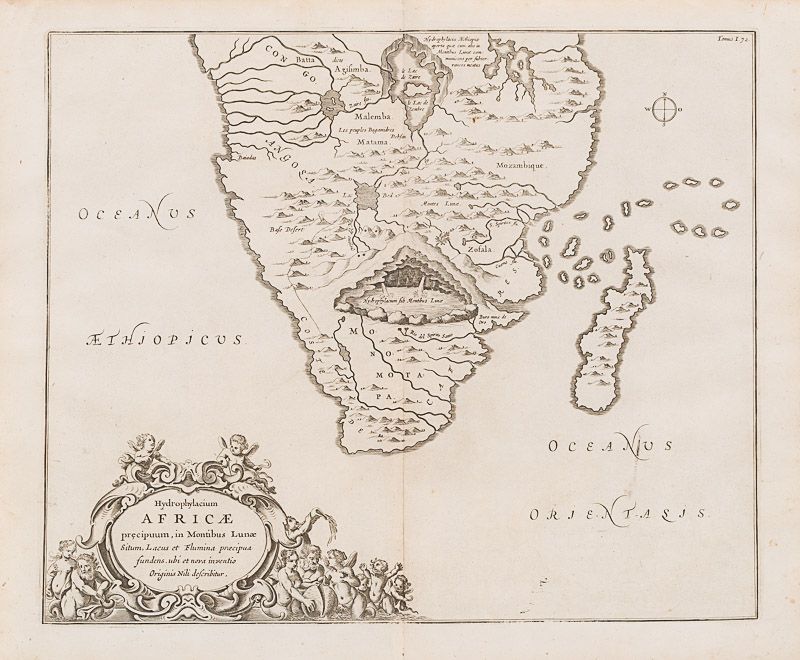 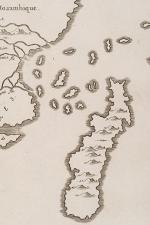