A very detailed and interesting map of Denmark – the Jutland peninsula and the archipelago of islands such as Funen, Zealand and Bornholm- and the and southern Sweden. The Duchies of Brem and Meckelbourg and Pomeranie on the German coast can be seen in the lower part of the map. The cities of Hamburg, Copenhagen and Rostock are included on the map. Relief is depicted pictorially. The sand banks and shallows along the coasts are also depicted.
Block of annotative French text lies within the Baltic Sea.

Guillaume Delisle, (1675-1726), was a renowned mapmaker who led the reform of French cartography. A brother of the astronomer Joseph-Nicolas Delisle and a student of the astronomer Jean-Dominique Cassini, Delisle learned to fix accurate positions by astronomical observation. The accuracy of his continental outlines and his reduction of gross errors in determining lines of longitude were considerable improvements over earlier maps. His earliest works, published in 1700, were a pair of globes (terrestrial and celestial), maps of the continents, and a world map in hemispheres. He prepared about 100 maps and wrote on mensuration and ancient geography. At 27, Delisle was admitted into the French Académie Royale des Sciences, an institution financed by the French state. After that date, he signed his maps with the title of “Géographe de l’Académie”. Five years later, he moved to the Quai de l’Horloge in Paris, a true publishing hub where his business prospered. In 1718 he was the first to become chief geographer to the king. (Encylopedia Britannica) 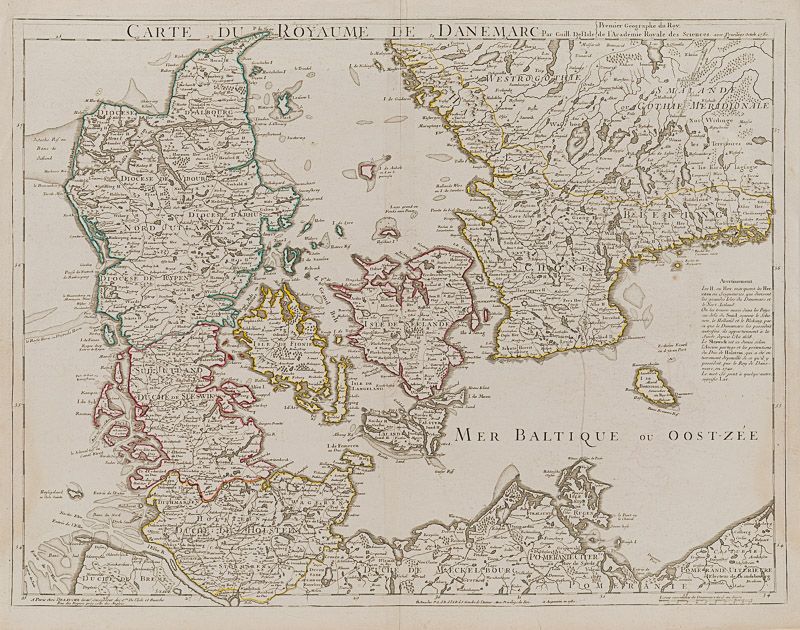 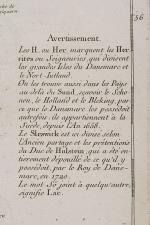