[Burden 382, ill. pl. 382, p. 487].
A richly elaborate and highly imaginative map of the Americas – America Septen Trionalis in the north and the southern America Australis – extending from the California peninsula and Mexico all the way down to Terra del Fuego in the south. The western coast of the North American seems increasingly speculative towards the upper corner of the map, while the southern continent appears bulging and does not bear the more elongated form of later maps. The Caribbean islands are also shown with Cuba and Hispaniola labelled. While the map lacks political demarcations, Spanish dominance is nevertheless evident through the regional nomencalture: with Nova Grantia and Nova Spagna above and below the isthmus at Panama. Peru, ‘Chilli’, Paraquay and Brasilia are also shown on the map. Mexico city is the solitary settlement identified – here shown within the unnamed Lake Texcoco. River, lake, mountain and volcano features are engraved on the map. The Amazon and Plate rivers are also identified. The western tip of Africa can be seen at the map’s margin. Three ships are depicted upon the high seas and the map is bisected with the Equator.
What makes the map – from Kircher’s ‘Mundus Subterraneous’, first issued in 1665 – all the more fascinating is that it was used to illustrate his unique hydro-geological theories about the world’s ocean currents, tides, volcanic distribution, and core structure of the planet. Kircher hypothesized that tides and currents are caused by water moving to and from a massive subterranean ocean. Kircher further postulated that water entered and exited the subterranean ocean via a number of great abysses situated around the globe. In addition, he believed that massive underground lakes lay beneath most of the world’s great mountain ranges – here shown as the massive crater lake in the Andes at the headwaters of the Amazon River.
This map along with the others from Kircher’s work, illustrates for the first time the world’s ocean current. The map is remarkably accurate for the period, surpassing the work of Robert Dudley, who illustrated only the local currents in the regions covered. 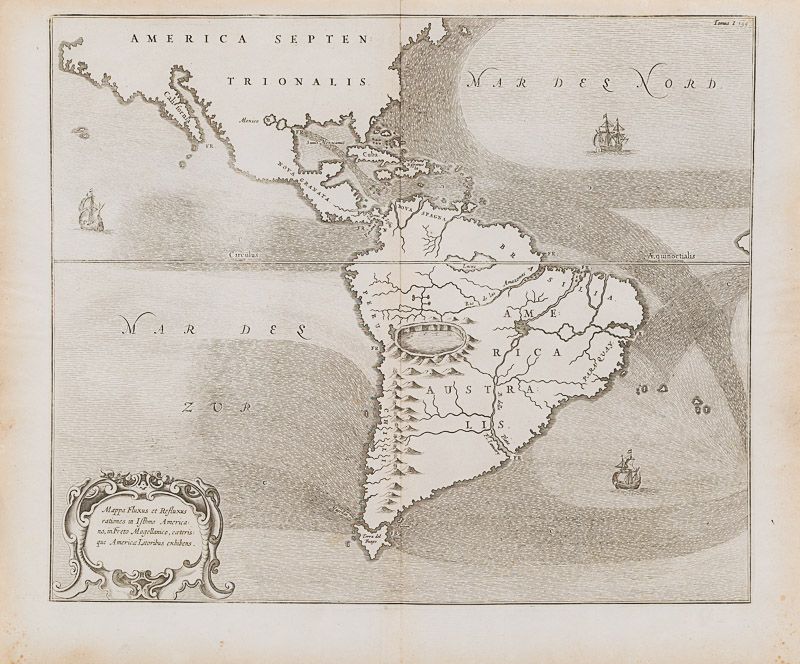 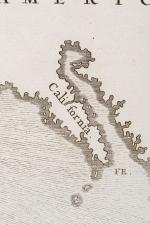