Tallis, Turkey and Europe - With inset of Island of Cadia and Vignettes of Ali P

Turkey and Europe – With inset of Island of Cadia and Vignettes of Ali Pasha, Greek Caloyer and the Bosphorus and Constantinople.

Published in the Illustrated Atlas, And Modern History Of The World Geographical, Political, Commercial & Statistical, Edited By R. Montgomery Martin.
Beautiful and interesting map of South East Europe. Much of the Balkans was then under the control of the Ottoman Turks. The region is delineated into the historic – and future – nations and states, including Croatia, Herzegovina, Bosnia, Serbia, Albania, Macedonia, northern Greece, Bulgaria, Walachia (in Romania) and Moldova. Russia can be seen extending down into the areas around the Black Sea. Hapsburg-Austria and the heel of the Italian peninsula is shown. Corfu, Cyprus and the Greek islands can be seen lying of the archipelago. Gallipoli, Sea of Marmara, the Bosporus, and Constantinople/Istanbul and Asia Minor/Anatolia are shown in the lower right corner. 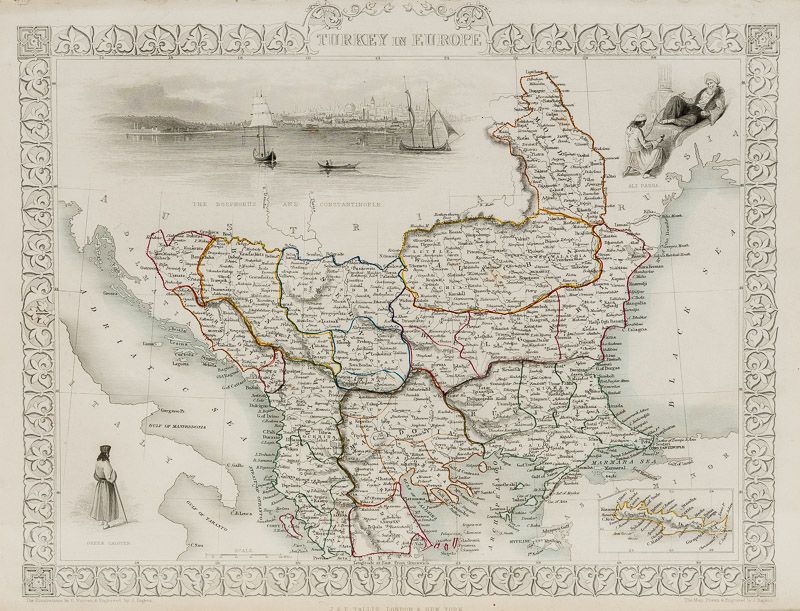 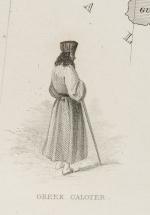