Large Countryhouse Library with more than 500 books on English / British History from the middle ages to the 20th century, accompanied with collections of 18th and 19th century maps of England, the British Isles, Counties, Colonial Possessions, numerous engravings of military campaigns like the Crimean War, books and art on local english history, architecture and art as well as military history etc. etc. etc.

Large Countryhouse Library with more than 1000 items: Books, Maps and Engravings relevant to English / British History from the Bronze Age, Roman History in Britain and Medieval History in Britain, General English History through all the ages of Renaissance and Enlightenment to the 19th and 20th century. With many very important, historical critical publications of the 20th century, dealing with the development of english society and culture. The collection includes a wonderful amount of modern books in near mint condition, many of which are in protective Collector’s Mylar. This is not an average collection but a themed, focused assembly of materials which also include collections of 18th and 19th century Maps of England, the British Isles, English Counties and Cities as well as Maps of former Colonial Possessions of the Empire, Decorative Engravings, themed illustrations and newspapers of military campaigns like the Crimean War etc. Also included are books on British Art and Architecture, publications on English Cultural History, its Natural History and Landscape as well as many monographs on English Local History, including the Channel Islands etc. etc. [The collection includes rare and collectable historical publications as well as modern publications and is progessively catalogued with detailed descriptions and wonderful images for each item. New additions can be seen reguarly on our website under “Libraries & Collections” – please look for “English History Collection”].

London and others, 1700 – 2000. Octavo / Quarto / Folio. Binding-Variations include decrorative historical bindungs as well as: Original Softcover / Orginal Hardcover / Original Hardcover with dustjackets in Mylar. Very good condition with only minor signs of wear. The international shipping of the collection with UPS Express Courier is included in the price. 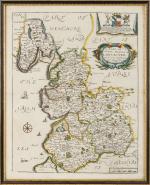 A Mapp Of Ye County Palatine Of Lancaster [Lancashire with Liverpool and the Mersey to the South, showing the boundaries of Cheshire and all the way up to Overton and Parts of Westmoreland to the North]. 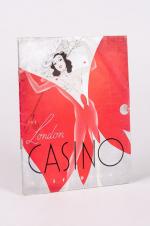 Rambles among the Channel Islands. By a Naturalist.

Some Account of the Worshipful Company of Grocers of the City of London.

Third Edition. London, Privately Printed, 1869. Large Octavo. Frontispiece (Saint Anthony, tutelar Saint of the Company of Grocers), XVI, 601 pages with many illustrations (steel-engravings) and one facsimile. Hardcover / Original publishers quarter morocco with gilt lettering on spine and Emblemata on cover. Top edge gilt. Only some faint signs of dampstain to the outer margins of the illustrations. Otherwise in splendid condition with only minor signs of external wear. Presentation copy from Master Ernest Woodhame to R. Graham Carritt on the occasion of his admission to the Livery of the Company in June 1927. With a bookplate of Grocer’s Hall to the front pastedown. 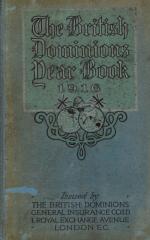 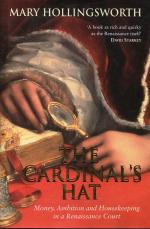 The Cardinal’s Hat – Money, Ambition and Housekeeping in a Renaissance Court. 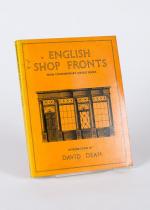 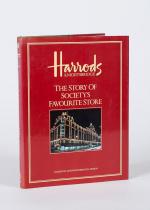