Jamaica – with Vignettes of Port Royal Harbour, Kingston, Port Antonio, a Sugar Mill on Jamaica and a depiction of a Flying Fish. 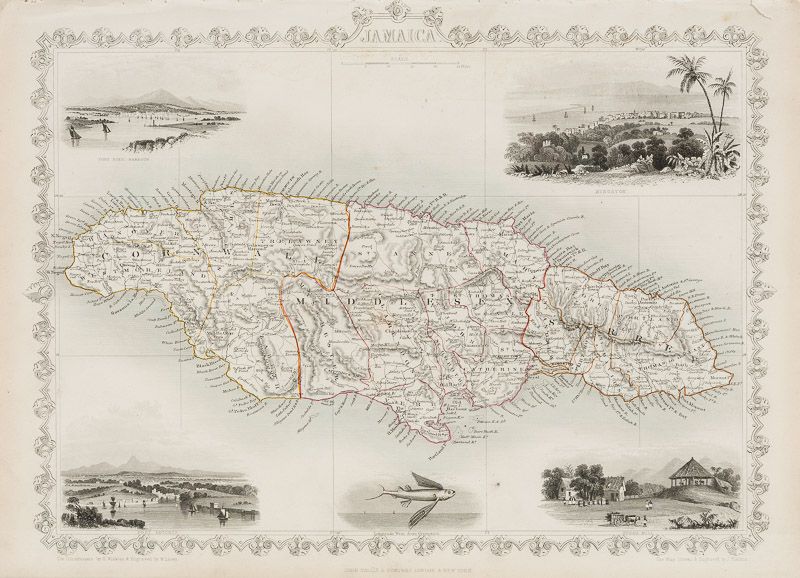