West India Islands – Including the Bahama Islands, Cuba, Jamaica, San Domingo and Haiti, Porto Rico, the Caribee Islands and Trinidad. With a Vignettes of Kingston, Jamaica, from the Commercial Room.

A beautiful map of the West Indies: from the Bahamas in the North near the southern tip of Florida, down to Barbados and Trinidad of the coast of Colombia. Cuba, Jamaica, Hispaniola (San Domingo and Haiti), Porto Rico, the Virgin Islands and the myriad of smaller islands throughout the Caribbean Sea are also included. The Mosquito Coast (in modern Nicaragua), Guatemala and the Panama isthmus can also be seen. Relief depicted with hachuring. The major towns and cities across this region, such as Havana, Kingston and Port Royal, Port Republican (Port-au-Prince) and Cartagena are also shown.
A depiction of native peasants, and a medallion complete this pleasant map. 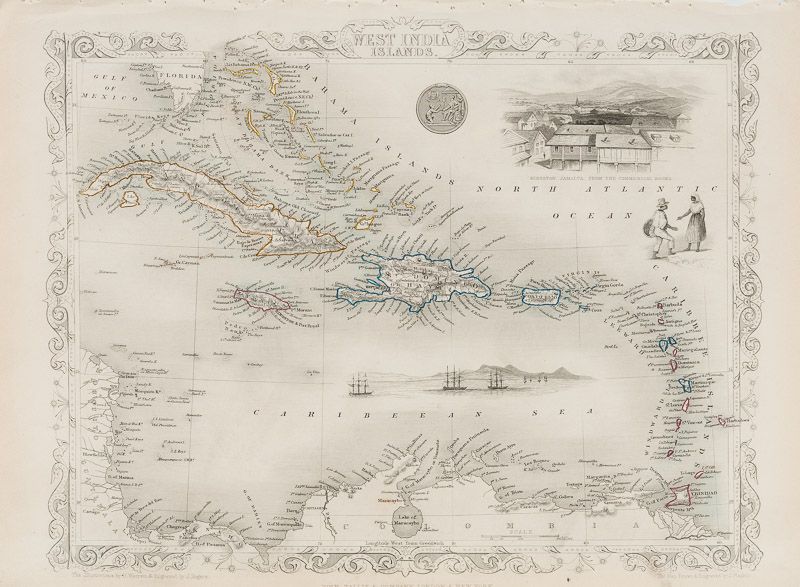