Tallis, England and Wales - With Vignettes of The Grand Stand on the Race Ground

England and Wales – With Vignettes of The Grand Stand on the Race Ground, Doncaster, London, Entrance to Portsmouth Harbour, Newcastle-Upon-Tyne, Sunderland Bridge and Oxford.

Published in the Illustrated Atlas, And Modern History Of The World Geographical, Political, Commercial & Statistical, Edited By R. Montgomery Martin.
Beautiful map of England and Wales from the mid-19th Century. Scotland can be seen to the north while the northern tip of Ireland is also included. France is shown peeping in in the lower right corner. The county structures are delineated across the map from Cornwall and Devon in the southwest to Northumberland in the northeast. The Welsh-English border is also delineated. The Isle of Man is included on the map. The railway system criss-crosses the map crowded with the names of cities and towns. Relief is shown with hachuring. Rivers are also shown. 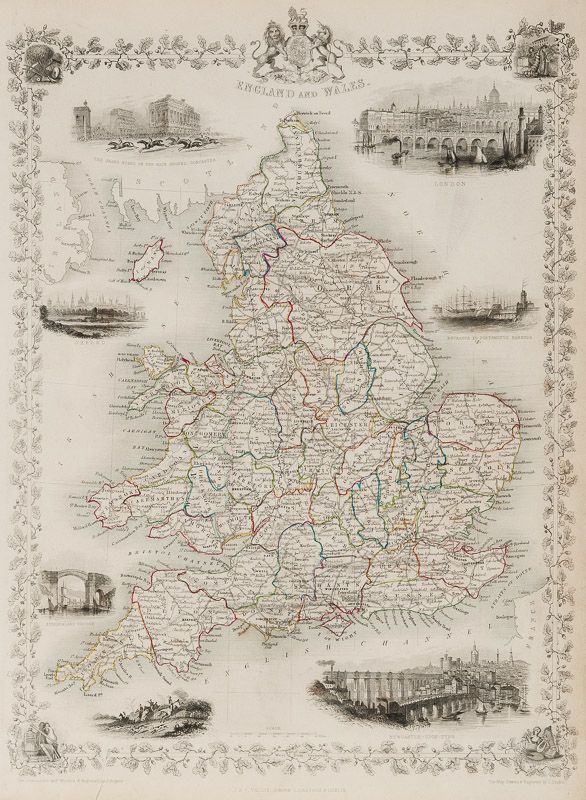