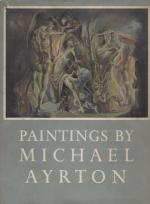 Brighton – With Beautiful Vignettes of the Chain Pier, Railway Station, and the Old Steyne and the Pavillion.

Plymouth, Devonport and Stonehouse – With Vignettes of the Column, Plymouth Yard and Plymouth.

London, Office for Publication and Advertisements, 1868 / 1872 / 1873 / 1877 / 1878. (23 cm x 32.5 cm). All Five Volumes together contain c. 600 stunning lithographs / plates of which c. 180 are large, double-page-plates. [c. 60 plates missing or defect.] Original Hardcover / Original half leather with gilt lettering to spine. Overall very firm and in very good condition of the five volumes with occasional pages missing or some illustrations torn (see detailed descriptions of pagination). The 1873 Volume excellent. The Volumes 1877 and 1878 with some stronger fraying and dampstain-damage to the corners (Illustrations NOT effected). The price for these 5 heavy Volumes includes international free UPS Express shipping.

Cary’s New Itinerary: Or an Accurate Delineation of the Great Roads, Both Direct and Cross throughout England and Wales: With Many of the Principal Roads in Scotland. From an Actual Admeasurement by John Cary: Made by Command of his Majesty’s Postmaster General for official purposes: Under the Direction and Inspection of Thomas Hasker Esq., Surveyor and Superintendant of the Mail Coaches. [Including an advertising for Cary’s New Celestial and Terrestrial Globes (with Illustrations of Globes)]. [Subtitle:] This work shows the immediate Route from the Metropolis [London] to all parts of England and Wales: And from Town to Town in every direction, distinguishing also the Cities, Market, Borough and Corporate Towns: And those at which the Assizes are held and gives the time of the Mails, Arrival and Departure from each, Describes the Line of the Navigable Canals and the Course of the Rivers passed over, The Number of Houses and Inhabitants contained in each Town, And those Inns which supply Post Horses and Carriages. Also The Inn’s throughout the Metropolis [London] from which the Mail and Stagecoaches go, their time of departure & the Route they seveerally take. The Noblemen and Gentlemen’s Seats situate near the Roads, A List of the Packet Boats and their time of sailing. Copious Indexes. Maps of the Lot Wight Environs of London, Bath, Brighton, Margate & Cheltenham & a Large Map of England and Wales peculiarly adapted to the Work. – [An Advertisement juxtaposed to the titlepage reads: “This Edition contains the Routes to upwards of Nine Thousand Places, which have never been given in any work of a similar Description; being a complete Directory to every Parish situate out of the Line of the Direct and Cross Roads throughout England and Wales”].

The Hare With Amber Eyes – A Family’s Century of Art and Loss.