Tallis, Plymouth, Devonport and Stonehouse - With Vignettes of the Column, Plymo

Plymouth, Devonport and Stonehouse – With Vignettes of the Column, Plymouth Yard and Plymouth.

Handsome town-plans of Plymouth, Devonport and Stonehouse in Deovon, England, bordered to the south by the Plymouth Sound and the Hamoaze stretch of the River Tamar. Cremill and Mt. Edgcumbe can be seen against the lower border of the map Includes districts, Railroads, and canals. Decorative scrolling and title cartouche around the edges of the image. 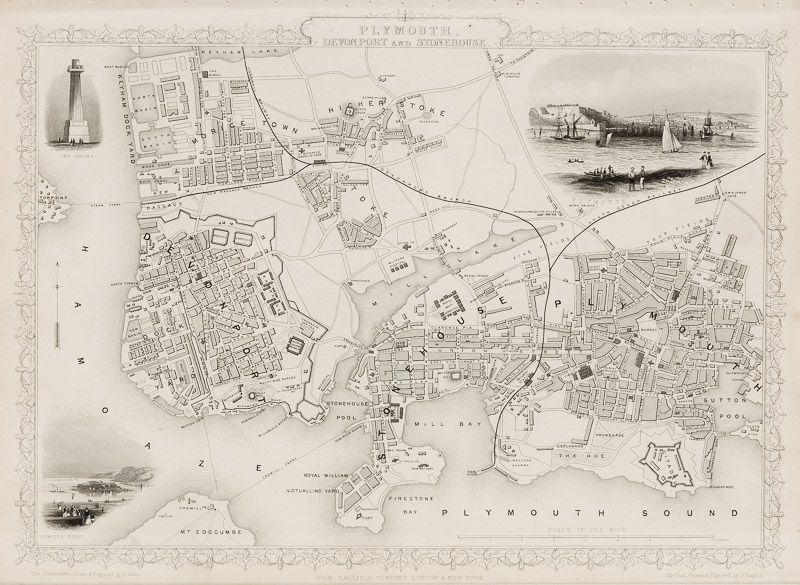 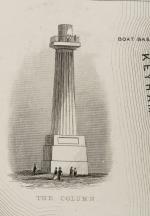