Tallis, Preston - With Vignettes of the Ribble from Avenham Walk, St Peter's Chu

Handsome town-plan of Preston in Lancashire, England, bordered to the south by the River Ribble. Railway, street and district areas of the city are also included. Decorative scrolling and title cartouche around the edges of the image. 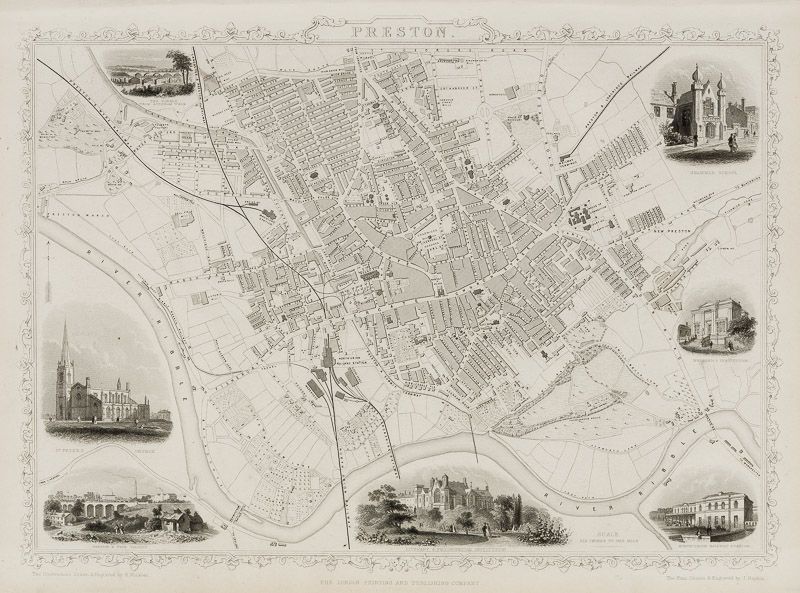 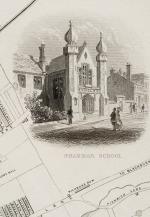 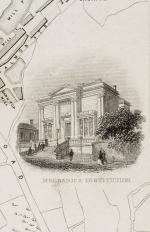