Parables for the Theater, Two Plays. The Good Woman of Setzuan and The Caucasian Chalk Circle. English Versions by Eric and Maja Bentley.

Bertolt Brecht is one of the towering figures of twentieth-century theater, both as a playwright whose works continue to fascinate and challenge audiences the world over, and as a theorist whose approach to dramatic form and function has been a major influence. These two plays represent Brecht at his most brilliant. Set in faraway realms of the imagination – a remote Chinese city and a long-ago Caucasian province – they are designed to point out with telling accuracy the very imperfections of our social order. (Amazon)

Eric and Maja Bentley, who prepared the English translations, have furnished an introduction and production notes. (From jacket notes) 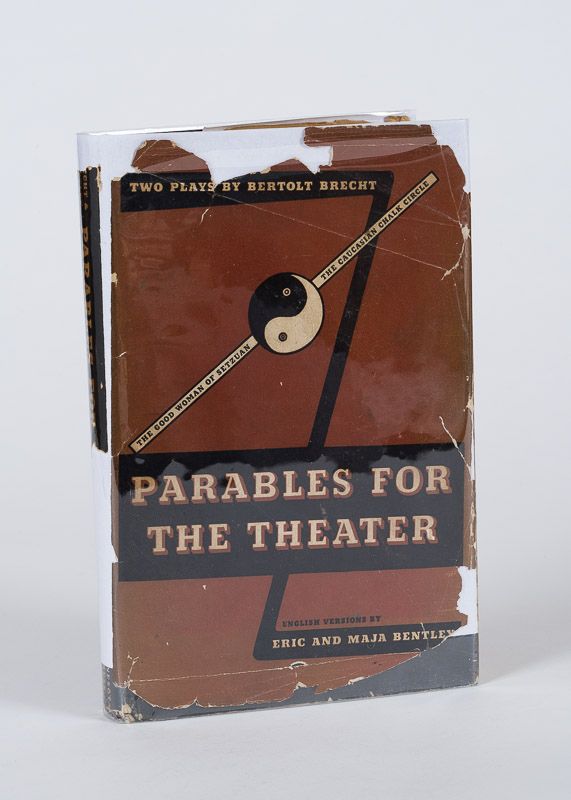