London, Chappell & Co. Ltd., 1909. 22 cm x 27.5 cm. 165 pages. Original Soft (Cloth) Cover. Very good condition with only minor signs of external wear. Moderate staining and discoloration to cover. Minor discolouration and foxing to endpapers and edges. Both pastedowns loose. Possibly from the private collection of the composer Paul A. Rubens, with the composer’s name in ink-stamp on title page. From the reference library of Hans Christian Andersen Translator- Erik Haugaard.

Dear Little Denmark is described as “a Danish musical incident in two acts”. Lyrics, and music are by Paul A. Rubens. It was produced by Frank Curzon at the Prince of Wales’ Theatre, London, on 1 September 1909. (gsarchive.net)

Paul Alfred Rubens (1875–1917) was an English songwriter and librettist who wrote some of the most popular Edwardian musical comedies of the early twentieth century. He contributed to the success of dozens of musicals. He began writing songs for shows at the age of 10 and had his first major success with “The Little Chinchilla” for the hit musical The Shop Girl when he was 19 years old. He composed the hit musical Miss Hook of Holland (1907). 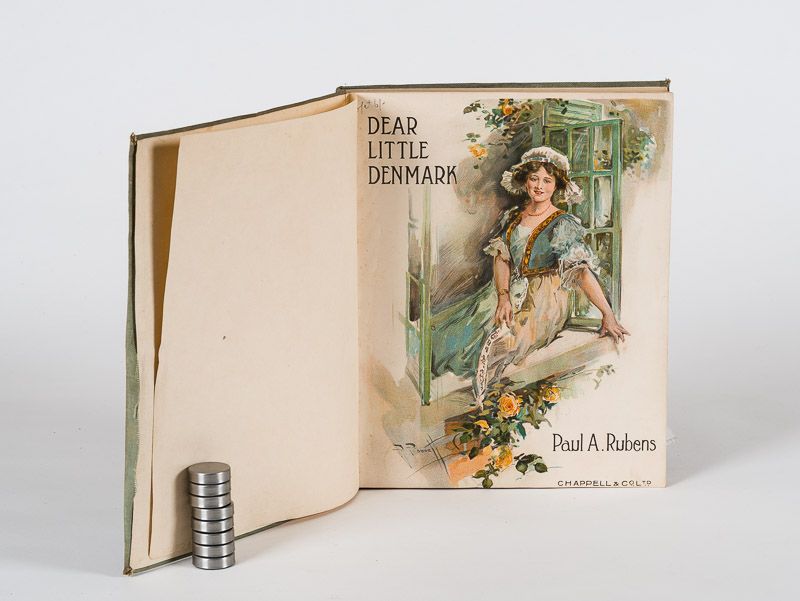 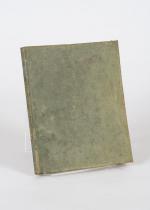