Knud Johan Victor Rasmussen (7 June 1879 – 21 December 1933) was a Greenlandic–Danish polar explorer and anthropologist. He has been called the “father of Eskimology” and was the first European to cross the Northwest Passage via dog sled. He remains well known in Greenland, Denmark and among Canadian Inuit. Rasmussen was born in Jakobshavn, Greenland, the son of a Danish missionary, the vicar Christian Rasmussen, and an Inuit–Danish mother, Lovise Rasmussen (née Fleischer).

Rasmussen spent his early years in Greenland among the Kalaallit where he learned to speak Kalaallisut, hunt, drive dog sleds and live in harsh Arctic conditions. “My playmates were native Greenlanders; from the earliest boyhood I played and worked with the hunters, so even the hardships of the most strenuous sledge-trips became pleasant routine for me.” He was later educated in Lynge, North Zealand, Denmark. Between 1898 and 1900 he pursued an unsuccessful career as an actor and opera singer.

He went on his first expedition in 1902–1904, known as The Danish Literary Expedition, with Jørgen Brønlund, Harald Moltke and Ludvig Mylius-Erichsen, to examine Inuit culture. After returning home he went on a lecture circuit and wrote The People of the Polar North (1908), a combination travel journal and scholarly account of Inuit folklore. In 1908, he married Dagmar Andersen.

In 1910, Rasmussen and friend Peter Freuchen established the Thule Trading Station at Cape York (Qaanaaq), Greenland, as a trading base. The name Thule was chosen because it was the most northerly trading post in the world, literally the “Ultima Thule”. Thule Trading Station became the home base for a series of seven expeditions, known as the Thule Expeditions, between 1912 and 1933.

The First Thule Expedition (1912, Rasmussen and Freuchen) aimed to test Robert Peary’s claim that a channel divided Peary Land from Greenland. They proved this was not the case in a remarkable 1,000 kilometres (620 mi) journey across the inland ice that almost killed them. Clements Markham, president of the Royal Geographical Society, called the journey the “finest ever performed by dogs.” Freuchen wrote personal accounts of this journey (and others) in Vagrant Viking (1953) and I Sailed with Rasmussen (1958).

Rasmussen’s “greatest achievement” was the massive Fifth Thule Expedition (1921–1924) which was designed to “attack the great primary problem of the origin of the Eskimo race.” A ten volume account (The Fifth Thule Expedition 1921–1924 (1946)) of ethnographic, archaeological and biological data was collected, and many artifacts are still on display in museums in Denmark. The team of seven first went to eastern Arctic Canada where they began collecting specimens, taking interviews (including the shaman Aua, who told him of Uvavnuk), and excavating sites.

Rasmussen left the team and traveled for 16 months with two Inuit hunters by dog sled across North America to Nome, Alaska – he tried to continue to Russia but his visa was refused. He was the first European to cross the Northwest Passage via dog sled. His journey is recounted in Across Arctic America (1927), considered today a classic of polar expedition literature. This trip has also been called the “Great Sled Journey” and was dramatized in the Canadian film The Journals of Knud Rasmussen (2006).

For the next seven years Rasmussen traveled between Greenland and Denmark giving lectures and writing. In 1931, he went on the Sixth Thule Expedition, designed to consolidate Denmark’s claim on a portion of eastern Greenland that was contested by Norway.

The Seventh Thule Expedition (1933) was meant to continue the work of the sixth, but Rasmussen contracted pneumonia after an episode of food poisoning attributed to eating kiviaq, dying a few weeks later in Copenhagen at the age of 54. During this expedition Rasmussen worked on the film The Wedding of Palo, which Rasmussen wrote the screenplay for. The film was directed by Friedrich Dalsheim and completed in 1934 under the Danish title Palos brudefærd. (Wikipedia) 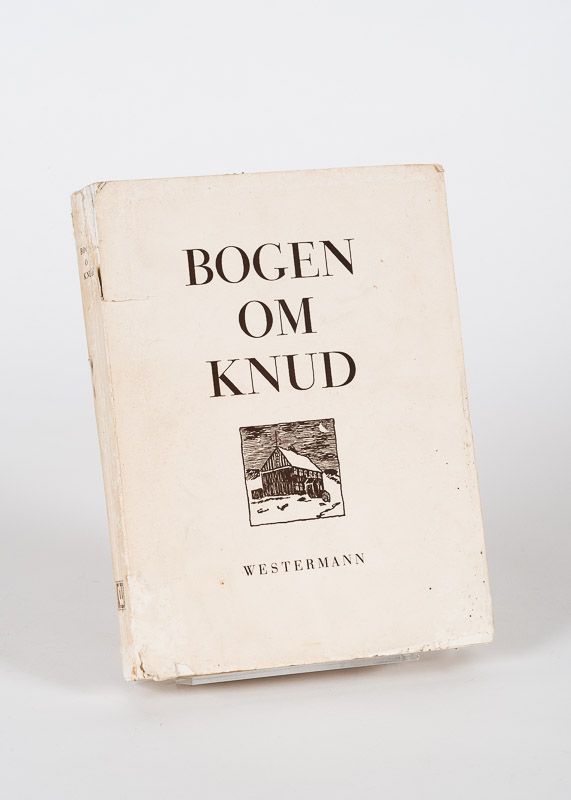