Avigdor Arikha (April 28, 1929 – April 29, 2010) was a painter, draughtsman, printmaker, and art historian.
Avigdor Arikha was born to German-speaking Jewish parents in Ra(da(ut,i, but grew up in Czernowitz (now in Ukraine), in Bukovina, Romania. His family faced forced deportation in 1941 to the Romanian-run concentration camps of Transnistria (now in Western Ukraine), where his father died. He managed to survive thanks to the drawings he made of deportation scenes, which were shown to delegates of the International Red Cross. As a result of that, both he and his sister were freed and brought to Palestine in 1944. Until 1948, he lived in Kibbutz Ma’ale HaHamisha. In 1948 he was severely wounded in Israel’s War of Independence. From 1946 to 1949, he attended the Bezalel School of Art in Jerusalem; its teaching was based on the Bauhaus methods. In 1949 he was awarded a scholarship which enabled him to study at the Ecole des Beaux Arts in Paris, where he learned the fresco technique. From 1954 on Arikha resided in Paris. Arikha was married from 1961 until his death to the American poet and writer Anne Atik. Arikha died in Paris from complications of cancer on April 29, 2010, the day after his 81st birthday. (Wikipedia) 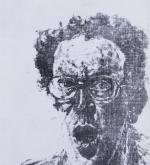 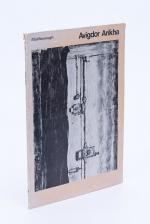 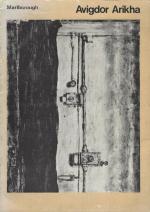 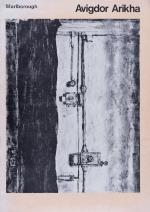 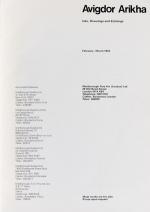