Eton in Prose and Verse. [Inscribed by C.H.K.M. the Provost of Eton and the private tutor of Queen Elizabeth II.]. Selected by A.C.Ainger of Trinity College, Cambridge, formerly Senior Assistant Master in Eton College, with 30 plates in colour reproduced from Paintings by Arthur Garratt and from Portraits in the College.

London, Hodder & Stoughton, no date (ca.1915). Quart. XIX, 231, (1) pages. Original blindstamped cloth with Eton Coat of Arms on front board. Gilt lettering on spine. The binding stronger stained on the hinge. Corners bumped. Occasional foxing. The interior bright and clean with all illustrations in excellent condition (including the titled tissue-guards). Occasional foxing only. With the very rare personal inscription by C.H.K.M., the Provost of Eton and the private tutor of Queen Elizabeth II. The inscription reads: “To T.J.Lane from C.H.K.M. – With best wishes on his leaving Eton. Eton: Dec. 1919 (?).

Sir (Clarence) Henry Kennett Marten KCVO (28 October 1872 – 11 December 1948) was the Provost of Eton and the private tutor of Queen Elizabeth II.
Henry Marten was born with his twin sister Isabel in Kensington, London. He was the younger son of Sir Alfred Marten and his wife Patricia. Marten entered Eton College, and from there matriculated at Balliol College, Oxford in 1891. In 1895, he graduated with a first class degree in modern history, and accepted an offer from Edmond Warre to return to Eton to teach history.
He was a founder member of the Historical Association in 1906. In 1912, he published The Groundwork of British History with his co-author, George Townsend Warner, which became “one of the most used school textbooks of the first half of the twentieth century”.With E. H. Carter,[a] he wrote a school textbook for younger children, in several volumes, titled simply “Histories”. Other collaborative works included The Teaching of History in 1938.

In 1925, Marten narrowly missed becoming Master of Magdalene College, in Cambridge, when he was recommended to Lord Braybrooke as a possible candidate, but the College Fellows opposed the appointment, preferring another candidate, A. S. Ramsey. Braybrooke chose to appoint neither, and instead A. B. Ramsay, who was Lower Master at Eton, got the job. Marten was appointed to Ramsay’s vacated post at Eton. Further promotions followed, to Vice-Provost in 1929, and Provost in 1945.

In 1938, Marten began instructing Princess Elizabeth (later Queen Elizabeth II) in constitutional history. He was appointed Knight Commander of the Royal Victorian Order in the 1945 New Year Honours, and received the accolade from King George VI on 4 March 1945, on the steps of Eton College Chapel. He died unmarried in the Provost’s Lodge at Eton, where the Marten Library is named after him. The library contains his collection of books, which he bequeathed to Eton on his death. (Wikipedia)

The publication includes: Birth of Public Schools / The Foundation of Eton / Growth of Eton / The Buildings of Eton / Eton in Prose / Eton in Verse

Eton College, usually referred to as Eton, is a British independent boarding school for boarding pupils aged between 13 to 18 years. It is a large boys’ school, with over 1,300 pupils, and was founded in 1440 by King Henry VI as “The King’s College of Our Lady of Eton besides Wyndsor”.
The School is located in the village of Eton, near Windsor in England, and is one of nine English independent schools, commonly referred to as “public schools”, included in the original Public Schools Act 1868. Following the public school tradition, Eton is a full boarding school, which means all pupils live at the school, and is one of four remaining single-sex boys’ public schools (the others being Winchester College, Harrow School and Radley College) to continue this practice.
Eton has a long list of distinguished former pupils. David Cameron is the nineteenth British Prime Minister to have attended Eton, and has recommended that Eton set up a school in the state sector to help drive up standards. The College has also educated generations of British aristocracy and members of the Royal family, the most recent being Prince William and his brother Prince Harry.
Eton has traditionally been referred to as “the chief nurse of England’s statesmen”, and has been described as the most famous public school in the world. Early in the 20th century, a historian of Eton wrote, “No other school can claim to have sent forth such a cohort of distinguished figures to make their mark on the world.″
The Good Schools Guide called the school “the number one boys’ public school,” adding, “The teaching and facilities are second to none.” The school is a member of the G20 Schools Group. (Wikipedia) 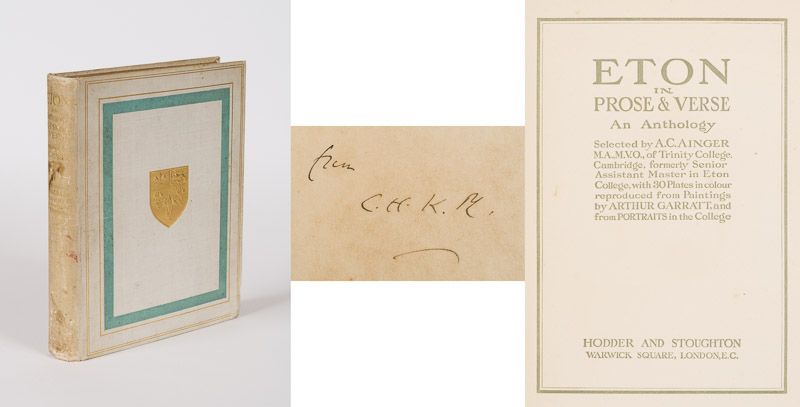 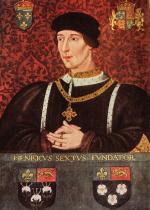 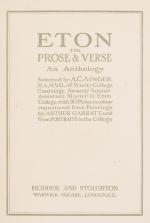 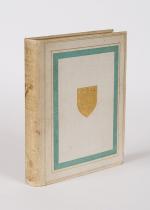