The Travels of Mirza Abu Taleb Khan in Asia, Africa, and Europe, during the years 1799, 1800, 1801, 1802, and 1803. Written by himself, in the Persian language. [With an Appendix: ‘Author’s Vindication of the Liberties of the Asiatic Women’]. Translated by Charles Stewart, Esq.

First and only Edition. Two Volumes (complete set). London, Longman, Hurst, Rees, and Orme, 1810. Octavo. Frontispice-Portrait with original tissue-guard, VIII, (8), 320, 418 pages. Hardcover / Beautifully restored bindings by english master binders in stunning modern half-morocco with the original spine-labels applied. Original endpapers and pastedowns with the original bookplates / Exlibris preserved. Excellent condition with some browing and ghosting to the pages, as usual with this set. Name of historical preowner Richard Meade in ink on titlepages. Rare in this very amazing restored condition.

Mirza Abu Taleb Khan (also known as Abu Taleb Tabrizi or Abu Taleb Isfahani),(1752-1805/1806) was a tax-collector and administrator born in Northern India of Iranian father, notable for a memoir of his travels in Britain, Europe, and Asia Minor, Masir Talib fi Bilad Afranji, written in Dari Persian language between circa 1799 and 1805.

The book’s title is translated as ‘The Travels of Taleb in the Regions of Europe’ and was reprinted in the West as ‘Travels of Mirza Abu Taleb Khan in Asia, Africa and Europe’; it is one of the earliest by an Indian travel writer about the West, and has been described as ‘perhaps the most significant “reverse travelogue” published in Europe during the Romantic era”. 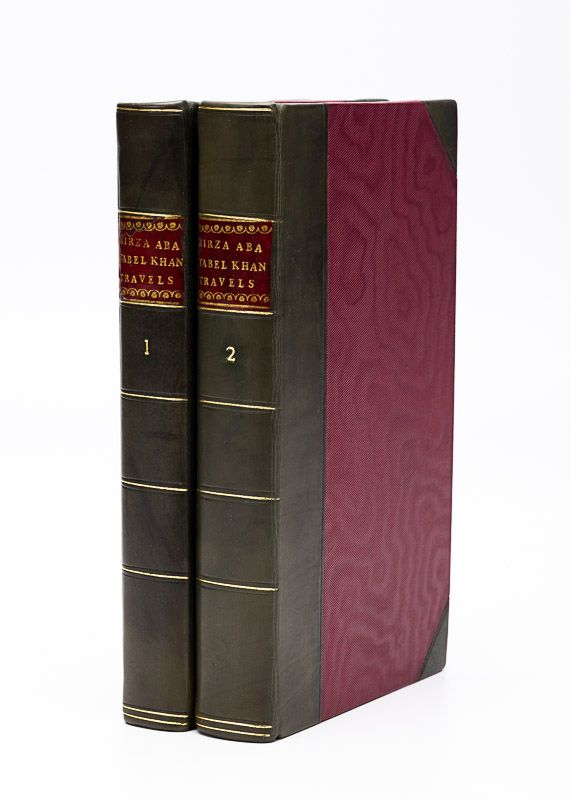 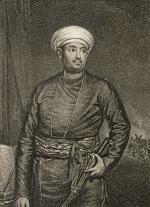 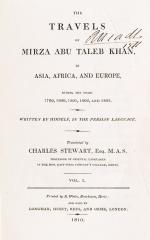 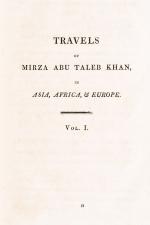 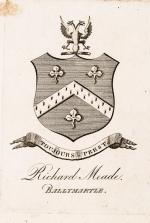