[Cork, Ireland's Welcome To The Stranger or An Excursion through Ireland in

Includes for example the following essays: Departure form New York / Fellow Passengers / Voyage to Dublin and Arrival at Kingston / Asylum for unmarried Ladies / Dialogues with the Poor / Journey to Tullamore / The Poorhouse / Irish Beggars / Connaught Laborers / A Man’s Merit can not be judged by his Coat / Visit to the County of Wicklow / Horrors of the Journey / Arklow / Shelton Abbey / Arklow Fishermen / Rathdrum / The Vale of Avoca / Wicklow Gold Mines / The Church of Kilbride / Methodism in Ireland / American courtesy to Females not universal in Ireland / The seven Churches of Glendalough / Foolish Legends connected with this locality [Glendalough] / Lady Harburton’s School / The Second Cabin of a Canal Boat / Arrival at Kilkenny / Ride in a Turf Kish / A Rural Physician / Departure of an Emigrant / Fair at Urlingford / An irish Wake / Costume of the Peasantry / Visit to a National School / Cabin Life / Urlingford Spa / Rebuff from a Clergyman / New Birmingham Colliery / The Police / Mr.Barker of Kilcooley / Visit to Thurles / Journey to Clonmel, Dungarvan and Cappoquin / Visit to the Trappist Monastery of Mount Mellary / The Spirit of Caste Injurious in Ireland / Journey to Youghal / The Blessed Well of St.Dagan / Uncourteous Reception by Sir Richard Musgrave / Rejoicings at Lismore for O’Connell’s Liberation / Dungarvan / Two Silent Quakeresses / Thoughts on Irish Hospitality / Unsuccessful Application to Bianconi / Strong National Peculiarities of the Irish / Happy Molly / Lord Rosse’s Telescope / Walk from Ballinasloe to Lough Rea / Miserable Condition of the Poor / Scarcity of Female Beauty in Galway / Wicklow / The Scholar with his Iliad / Visit to Wicklow Lighthouses / Wexford / Infant School / Public Buildings in Wexford / Waterford / Clonmel / Lodgings in Cork / Temperance Tea Party / Dr.Barter’s Hydropathic Establishment / Sail to Cove / City Jail of Cork / A Night in Bandon / A Peasant Family employed, a rare sight in Ireland / Arrival at the miserable town of Bantry / Exploration in Bantry / Poverty, Wretchedness and Filfth of the Dwellings / Grand Poorhouse standing unoccupied / Beautiful Bay of Bantry / GlengariffAccident at Kenmare / Sweet Innisfallen / Fellow Travellers on the Kerry Mountains / Protestant Whiskey-Selling [Whisky] / An Americanized Irishman / Island of Valentia / Kerry Dancing and Kerry Kindness / Banks of the Shannon / Clifden / Potatoes a Curse upon Ireland / A Connemara School / The Isle of Oma and the natives thereof / Change for the better in Connemara / Journey to Westport / Croagh Patrick / Return to Westport / Newport / Popery / Intemperance not banished from the County of Mayo / Westport – Castlebar – Sligo / The Mendicity Association / Mr.Nangle’s Notice in the Achill Herald, of the Author’s visit to the Settlement / Concluding observations relative to the objects of the Writer’s Tour in Ireland and the Reception she met with from various Classes of the Community / etc. etc.

Asenath Hatch Nicholson (February 24, 1792 – May 15, 1855) was an American vegan, social observer and philanthropist. She wrote at first hand about the Great Hunger in Ireland in the 1840s. She observed the famine as she distributed bibles, food and clothing.
Nicholson was born in Chelsea in Vermont in 1792. Her family were members of the Protestant Congregation Church and this was the source for her given name. She trained and became a successful teacher in her hometown before she married a man with three children and went to New York. She and her new husband, Mr. Nicholson, became interested in the diets recommended by Sylvester Graham. In the 1840s they opened boarding houses that offered the vegan diet proscribed by Graham. Amongst her guests were Irish immigrants and she was intrigued by their accounts of Ireland.

In May 1844, she left New York for Ireland and when she arrived she walked around Ireland visiting every County but one. She noted that people lacked work and they relied almost entirely on their crops of potatoes. She left for Scotland in August having observed Ireland just before the outbreak of the Irish Famine.

She returned in 1846 during the second crop failure which together with high unemployment was creating a national disaster. Nicholson was concerned that she would just have to witness the suffering but she wrote to the New York Tribune and The Emancipator in New York and assistance from their readers was organised. In the following July five barrels of corn arrived from New York although it has been noted that on the same ship there was 50 barrels for the Central Relief Committee, but Nicholson preferred to go it alone. She wrote at first hand about the Great Hunger in Ireland in the 1840s. She observed the famine as she distributed bibles, food and clothing. Nicholson died in Jersey City in 1855. 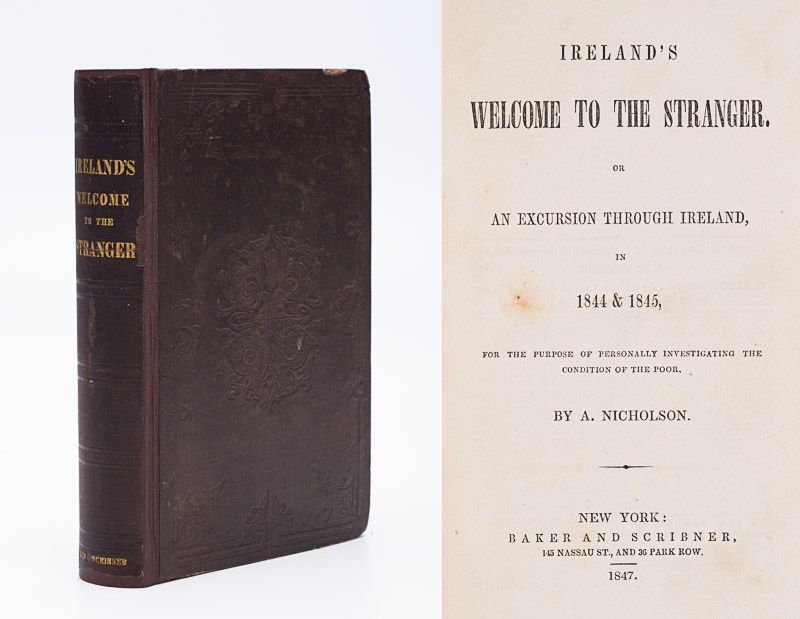 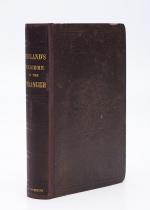