Mac-Goeghegan [sic], The History of Ireland, Ancient and Modern, Taken from the

The History of Ireland, Ancient and Modern, Taken from the Most Authentic Records, and Dedicated to the Irish Brigade. With a Continuation from the Treaty of Limerick to the Present Time by John Mitchel.

First Edition of the John Mitchel-Edition. New York, D. & J. Sadlier & Co., 1869. Quarto (23.5 cm x 28 cm). Lithographic Frontispiece, Titlepage with wood-cut-border, XVI pages with Dedication, Biographical Sketch of the author James MacGeoghegan, and 4 pages of detailed Contents plus main text of 640 pages including a thorough Index. Original, very decorative Hardcover with family – crest of Patrick Flannigan on front board. Bespoke binding. Binding a little shaky with the spine loosening but still firm and holding. Endpapers as well as first and last pages a little dusty and with peripheral fraying. Interior clean besides some foxing. Includes a number of stunning portraits and romantic illustrations of Ireland. One illustration (St.Patrick) slightly torn. Name of two pre-owners on titlepage. Important History with decorative borders to each page. Extremely Rare !

Antiquity of Scoto-Milesians / Ancient Bards / Origin of the Languages / Ireland under the Name of Jerna / Fabulous History of the Gadelians / Religion of the Pagan-Irish / War aginst the people of Leinster / An end to the Feuds of the two Roses / etc. etc.

James MacGeoghegan (1702 at Uisneach, Westmeath, Ireland – 1763 at Paris) was an Irish Roman Catholic priest and historian, known in French as the Abbé Mac-Geoghegan.He came of the Geoghegan family long settled in Westmeath and long holding a high position among the Leinster chiefs, and was related to Richard MacGeoghegan, who defended the Castle of Dunboy against Carew, and also to Connell MacGeoghegan, who translated the Annals of Clonmacnoise, as well as to Francis O’Molloy, author of the Lucerna Fidelium.
MacGeoghegan went abroad, and received a Catholic education at the Lombard College (later the Irish College, Paris), and in due course was ordained priest. Then for five years he filled the position of vicar in the parish of Possy, in the Diocese of Chartres, “attending in choir, hearing confessions and administering sacraments in a laudable and edifying manner”.
In 1734, he was elected one of the provisors of the Lombard College, and subsequently was attached to the Church of Saint-Merri in Paris. He was also for some time chaplain to the Irish Brigade in the service of France.
He wrote a History of Ireland in French, published at Paris from 1758. It was dedicated by the author to the Irish Brigade, and claims that during the fifty years following the Treaty of Limerick (1691) no fewer than 450,000 Irish soldiers died in the service of France. MacGeoghegan was shut out from access to the manuscript materials of history in Ireland, and had to rely chiefly on John Lynch and John Colgan. John Mitchel’s 1869 History of Ireland professes to be merely a continuation of MacGeoghegan, though Mitchel is throughout much more of a partisan than MacGeoghegan. (Wikipedia) 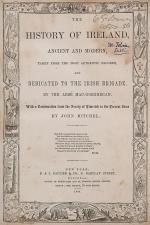 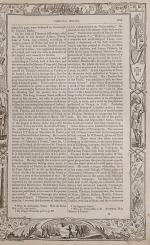 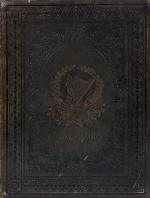 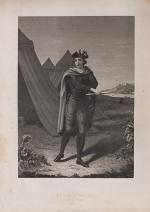 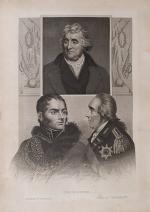 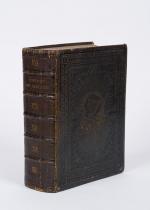 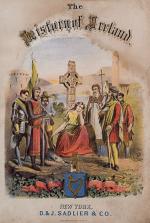