Westmann, Radiation of Cavities of the Body - Experimental and Clinical Results.

Radiation of Cavities of the Body – Experimental and Clinical Results. [First Edition Offprint from “The British Journal of Physical Medicine”].

Stephan Kurt Westmann (23 July 1893 – 7 October 1964) was a German soldier and physician.
In the First World War, Westmann served in the German infantry on the Western and Eastern fronts and then as an Air Force surgeon, although unqualified. Completing his medical studies, he became a professor at the University of Berlin, and in the 1930s migrated to England and became a doctor in Harley Street, Westminster. During the Second World War, he was a British medical officer in Scotland, so that in the two World Wars he served on different sides.
In later life, Westmann appeared on BBC television to talk about the First World War from the German point of view and also wrote his memoirs. Soon after the Armistice of 11 November 1918, Westmann was discharged. Almost at once he volunteered to serve in the 8th Hussars, a force to be used in cases of civil disorder, and continued to serve in the Reichswehr until 1920, including a period in the Reichswehrbrigade 15.
After at last being demobbed, Westmann returned home and qualified as a physician in Berlin. There, he married Marianna Goldschmidt, one of Germany’s first women doctors. He became Professor of Obstetrics and Gynaecology at the University of Berlin. In the 1930s, he was an anti-Nazi, and in 1934 he migrated to Great Britain with his wife and children, establishing a medical practice on Harley Street.
In November 1939, shortly after the beginning of the Second World War, Westmann was formally registered as a refugee and exempted from internment. During the war, he was put in charge of an Emergency Hospital in Lanarkshire and became an Honorary Colonel in the Royal Army Medical Corps. Westmann was interviewed for the USC Shoah Foundation as a Holocaust survivor. He died on 7 October 1964. (Wikipedia) 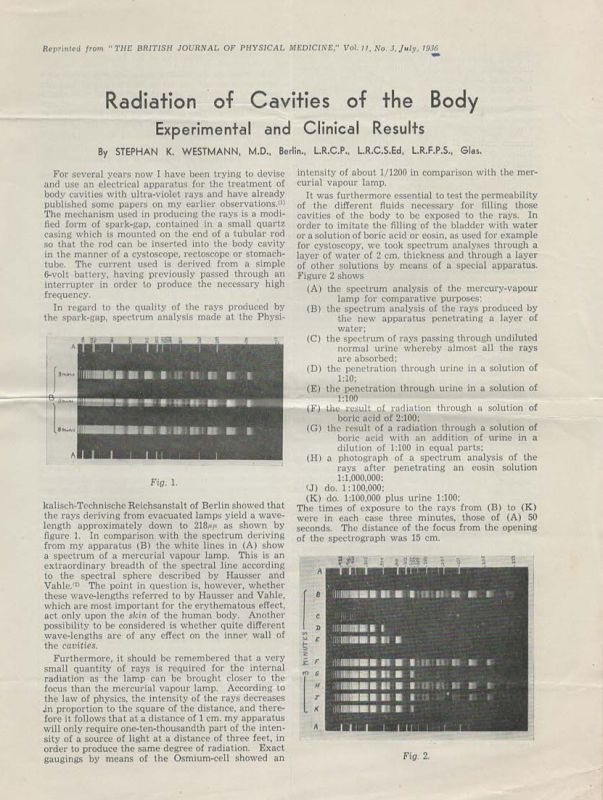