Brockway, Two in One.

Two in One [with manuscript explanation of Brockway’s poems: “The only thing modern about these poems is that they are unisexual, but do not need to be. In “Two In One” change “he” to “she” where required. In “Closing the Books” “suit” to “dress”, if you could enjoy them better like that – James”].

No. 41 of 99 copies set in Emergo and printed on Zerkall by the Avalon Press. Woubrugge, Avalon Press, 1997. Octavo. 28 pages. Original Softcover with original dustjacket. With very minor staining to the jacket and a tear to the upper hinge only. Shortly before his death, beautifully inscribed by poet James Brockway to John Wakeman on the half-title: “For John Wakeman, founder of THE SHOP in beautiful Ireland. James Brockway A.D. 2000”. In addition also signed with a manuscript explanation about these poems on the front free endpaper.

James Brockway (21 October 1916 – 15 December 2000) was an English poet and translator, who was born in Birmingham and migrated to The Hague, the Netherlands, where he died. Since his death, the Foundation for the Production and Translation of Dutch Literature has inaugurated a biennial award, The Brockway Prize, for the translation of Dutch poetry; the first award was made in 2005. Additionally a Brockway Workshop has also been set up, to run every two years, offering more practical support to international poetry translators. (Wikipedia). 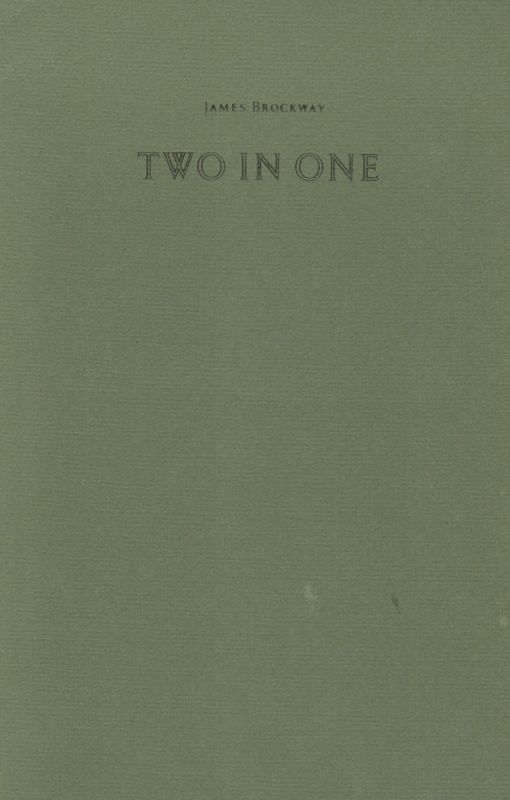