Guitar Legend Jimi Hendrix – Performing on stage at the Isle of Wight, 1969. [The photograph comes together with a signed version of John Minihan’s book “Shadows From The Pale – Portrait of an Irish Town” (In exceptional condition)]. 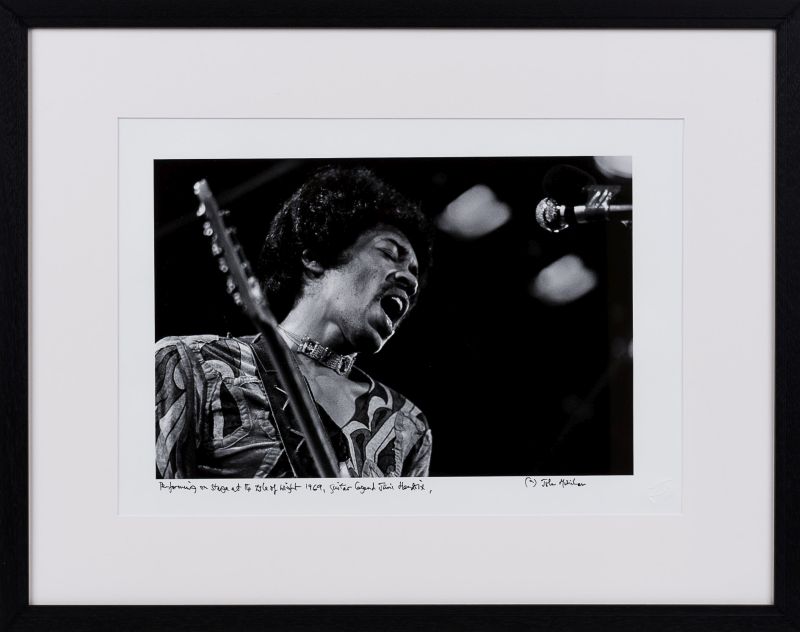