Marie-Claire Blais, CC OQ MSRC (born 5 October 1939 in Quebec City) is a French Canadian writer, novelist, poet, and playwright from the province of Quebec.
Born in Quebec City, she was educated at a convent school, and at Université Laval, where she met Jeanne Lapointe and Father Georges Lévesque, who encouraged her to write, causing her to publish her first novel La Belle Bête (trans. Mad Shadows) in 1959 when she turned 20. She has since written over 20 novels, several plays, collections of poetry and fiction, as well newspaper articles. Her works have been translated into numerous languages, including English and Chinese. With the support of the eminent American critic Edmund Wilson, Blais won two Guggenheim Fellowships.

In 1963, Blais moved to the United States, initially living in Cambridge, Massachusetts. There she met her partner, American artist Mary Meigs, and she later relocated to Wellfleet on Cape Cod. In 1975, after two years living in Brittany, she moved back to Quebec with her partner. For about twenty years she divided her time between Montreal, the Eastern Townships of Quebec and Key West, Florida. (Wikipedia) 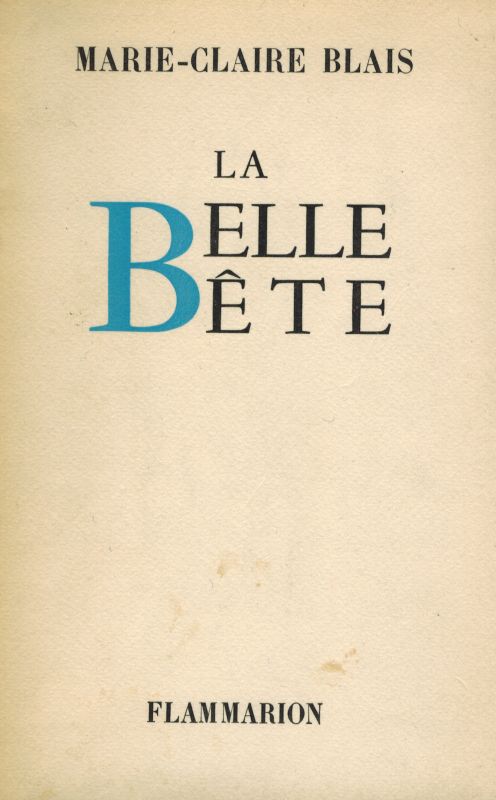