Includes for example the following poems: Gospel / Praise / The Great Truth / On 52nd Street / Keats in California / Our Reds / The Lesson / For a Duro / Houses in Order / Yenkl / The Invention of the Fado / When the Shift Was Over / The Genius etc.

″Always a poet of memory and invention, Philip Levine looks back at his own life as well as the adventures of his ancestors, his relatives, and his friends, and at their rites of passage into an America of victories and betrayals. He transports us back to the street where he was born “early in the final industrial century” to help us envision an America he’s known from the 1930s to the present. His subjects include his brothers, a great-uncle who gave up on America and returned to czarist Russia, a father who survived unspeakable losses, the artists and musicians who inspired him, and fellow workers at the factory who shared the best and worst of his coming of age.

Throughout the collection Levine rejoices in song–Dinah Washington wailing from a jukebox in midtown Manhattan; Della Daubien hymning on the crosstown streetcar; Max Roach and Clifford Brown at a forgotten Detroit jazz palace; the prayers offered to God by an immigrant uncle dreaming of the Judean hills; the hoarse notes of a factory worker who, completing another late shift, serenades the sleeping streets.

Like all of Levine’s poems, these are a testament to the durability of love, the strength of the human spirit, the persistence of life in the presence of the coming dark.” (Amazon) 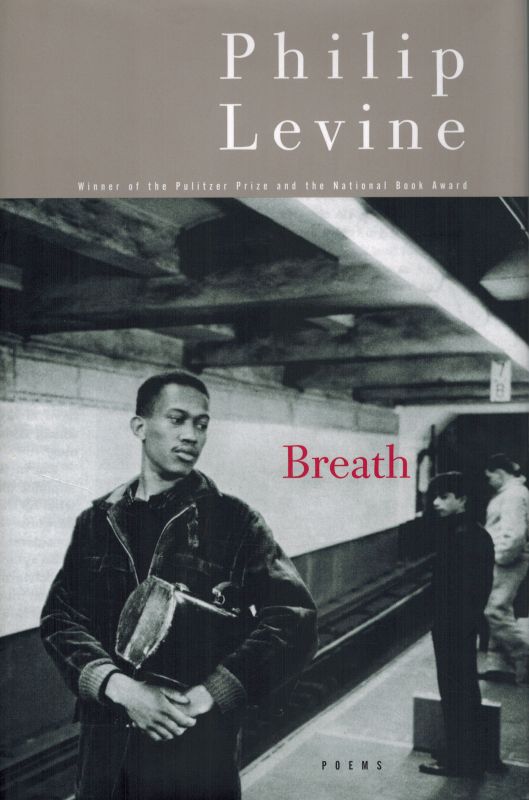