Vierge, The Tavern of the Three Virtues.

The Tavern of the Three Virtues. Translated from the Original of Saint-Juirs. Illustrated with sixty drawings by Daniel Verge together with a critical essay on the art of Vierge by Edmund Gosse.

Daniel Vierge (1851–1904) was a Spanish-born French illustrator who with the photo-engraver Gillot revolutionized the reproduction of illustrations. In 1882 the publication of his edition of Francisco de Quevedo’s Historia de la vida del Buscón llamado don Pablos (The Life Story of a Swindler Called Don Pablos) brought the technique of photo-reproduction to a high level of finish. Prior to that time, most artists and engravers had been forced to rely on tracings and other manual methods which often resulted in interpretations of the artists’ works. He was never prolific and suffered a stroke at the age of 30, which forced him to learn to draw with his left hand. He died at the age of 53. (Wikipedia) 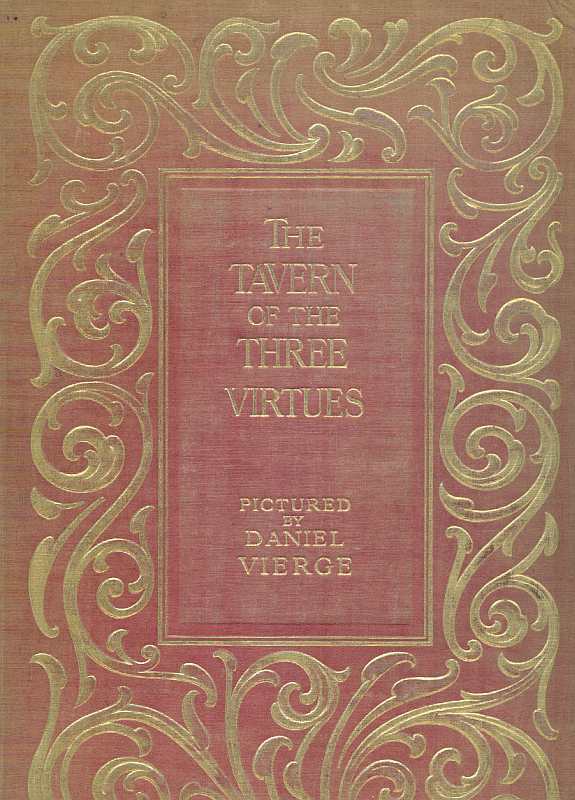