Aridjis, The Lord of the Last Days.

The Lord of the Last Days. Translated by Betty Ferber.

As the world hovers perilously on the brink of a new millennium, Spanish monk Alfonso de Leon takes a bloody comet as a sign of the coming of the Antichrist and a portent of the end of time. Miracles and monstrous infants abound. Soon Moorish and Christian armies will clash in an apocalyptic battle for control of Spain.

The war of two civilizations is embodied in a poignant duel to the death between twin brothers born to a concubine in the harem at Cordoba: Alfonso, scribe and illuminator of the Book of Revelation, and Abd Allah, the Black Rider, ruthless captain of al-Mansur’s troops. Face-to-face after years of separation, each strives to free himself from the other’s uncanny hold. Two women, Jimena and Almarada, share the brothers’ destinies.

Using his lyrical and narrative powers and a keen eye for doomsday terrors and superstitions, Aridjis conjures up a panoply of compelling characters – the false messiah Isidoro the First, who does a brisk trade in spurious relics; wandering minstrels Sancho Saborejo and Oro Maria; the hermaphrodite Dona Miguel; saintly virgins, wistful eunuchs, hermits, monks and nuns – while contrasting the military might and sensuous splendor of the Cordoban caliphate with the austerity and religious fervor of the Christian kingdoms to the north. (Publisher’s blurb). 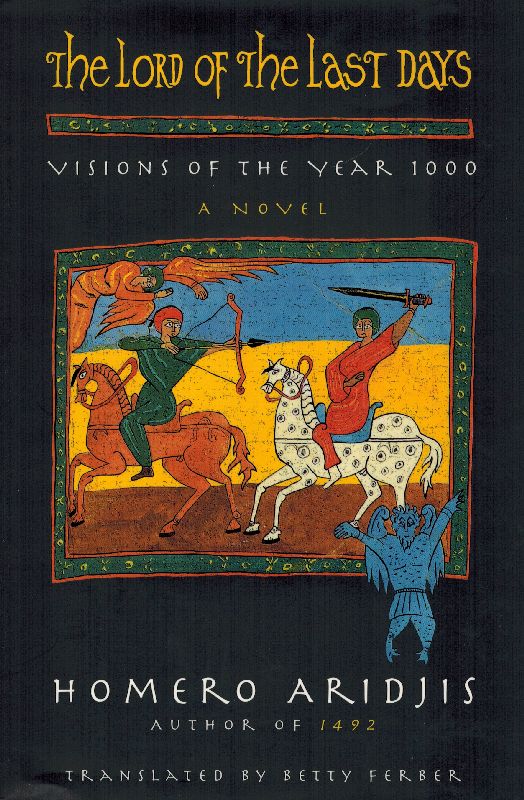