Aspinall, Mrs. Jordan and her Family: Being the Unpublished Letters of Mrs. Jord

This volume of hitherto unpublished correspondence between Mrs. Jordan, the celebrated actress, and the Duke of Clarence, afterwards King William IV, with whom she lived for more than twenty years and by whom she had ten children, is based primarily on two collections of manuscripts: one in the possession of the Earl of Munster and the other in the possession of the Huntington Library in San Marino, California. They are much more than completely self-revealing love letters: no one interested in the history of the Stage during the quarter century ending in 1814 can afford to ignore them. Mrs. Jordan’s banking account with Coutts & Co. has also been examined; together with the letters, it reveals the truth about her financial relations with the Duke, which have long been a matter of controversy. The correspondence is edited by the Professor of Modern History in the University of Reading, a recognised authority on that period. [From dustjacket notes] 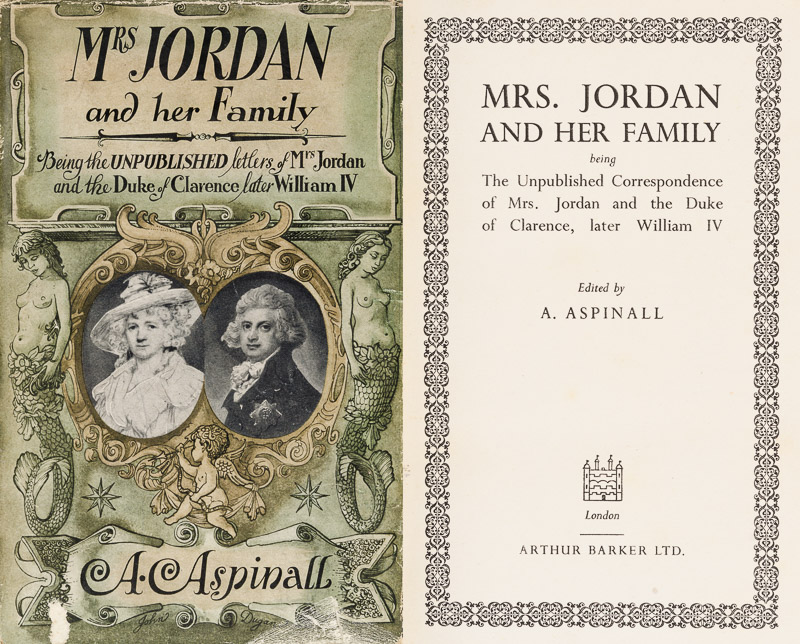 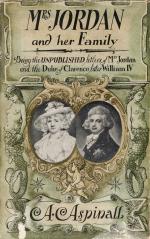 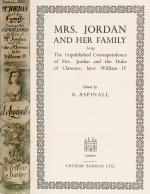 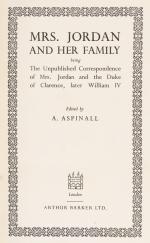