Woolman, Some Considerations on the Keeping of Negroes - Recommended to the Prof

Some Considerations on the Keeping of Negroes – Recommended to the Professors of Christianity of every Denomination. In: “A Journal of the Life, Gospel Labours, and Christian Experiences of that Faithful Minister of Jesus Christ, John Woolman, Late of Mount Holly, in the Province of New Jersey, North America. To which are added, His works, containing his last Epistle and other Writings”.

A very early, important and often overlooked publication on Abolitionism and criticism of Slavery in then only recently independent United States of America.

Includes reports of John Woolman “visiting the quarterly-meetings in Chester county and afterwards joining with Daniel Stanton and John Scarborough, in a visit to such as kept Slaves there – Several more visits to such who kept Slaves; and to friends near Salem – Soem account of the yearly-meeting in the year 1759, and of the increasing concern in divers provinces, to labour against buying and keeping Slaves”.

″Bosman on Guinea, who was a factor for the Dutch about sixteen years in that Country″


John Woolman (1720 – 1772) was an American merchant, tailor, journalist, Quaker preacher, and early abolitionist during the colonial era. Based in Mount Holly, near Philadelphia, he traveled through the American frontier to preach Quaker beliefs, and advocate against slavery and the slave trade, cruelty to animals, economic injustices and oppression, and conscription. Beginning in 1755 with the outbreak of the French and Indian War, he urged tax resistance to deny support to the colonial military. In 1772, Woolman traveled to England, where he urged Quakers to support abolition of slavery.

Woolman published numerous essays, especially against slavery. He kept a journal throughout his life; it was published posthumously, entitled The Journal of John Woolman (1774). Included in Volume I of the Harvard Classics since 1909, it is considered a prominent American spiritual work. It has also been admired for the power and clarity of its prose by non-Quakers such as the philosopher John Stuart Mill, the poet William Ellery Channing, and the essayist Charles Lamb, who urged a friend to “get the writings of John Woolman by heart.” The Journal has been continuously in print since 1774, published in numerous editions; the most recent scholarly edition was published in 1989. (Wikipedia) 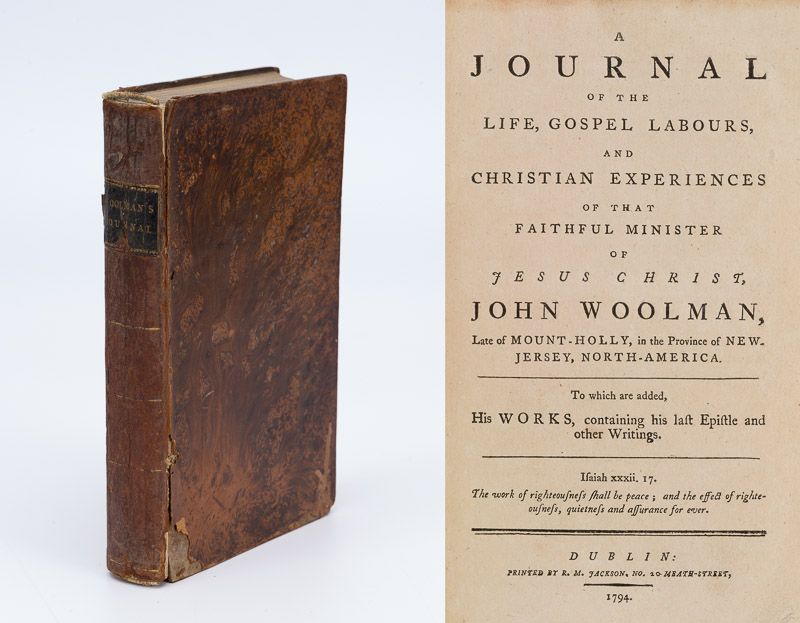 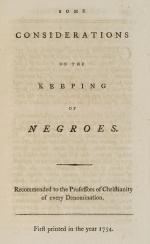 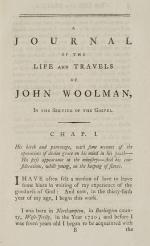 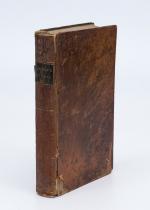 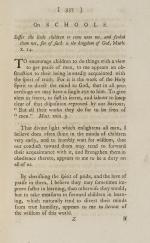