Philadelphia in 1928 on South Broad Street looking towards City Hall, with traffic and, cars, policemen, construction on buildings.

Geissler, Paul – Born June 25, 1881, Erfurt, Germany, where his father was a gardener. Studies drawing under the painter Sondermann. Attends the Arts and Craft School in Erfurt for 4 years. Studies at the Grand-Ducal School of Arts in Weimar, Germany, under Max Thedy, 1903. Receives commissions for paintings from the German Empress and a Russian grand-duke. Gives up painting and specializes on etchings, the art he likes best. Works on large etchings in Paris, 1910-11. Moves to Munich, Germany, 1912. On the board of Association for Original Etchings, in Munich. Travels through Switzerland, Liechtenstein, Belgium, Holland, Austria, France. Moves to Garmisch-Partenkirchen, Germany, 1918. His most productive years are 1920-30. Travels to USA, 1928, returns via Sicily and Italian mainland. In USA, executes beautiful etchings of Independence Hall and the Betsy Ross House in Philadelphia as well as scenes of Yale and Princeton. Appointed professor in Germany, 1943. Several universities offer him a post, but he remains independent. Chairman of the Werdenfelser Kunstlerbund, association of artists in the Garmisch, Germany, area. Died May 30, 1965. (Source: “Sammler”) 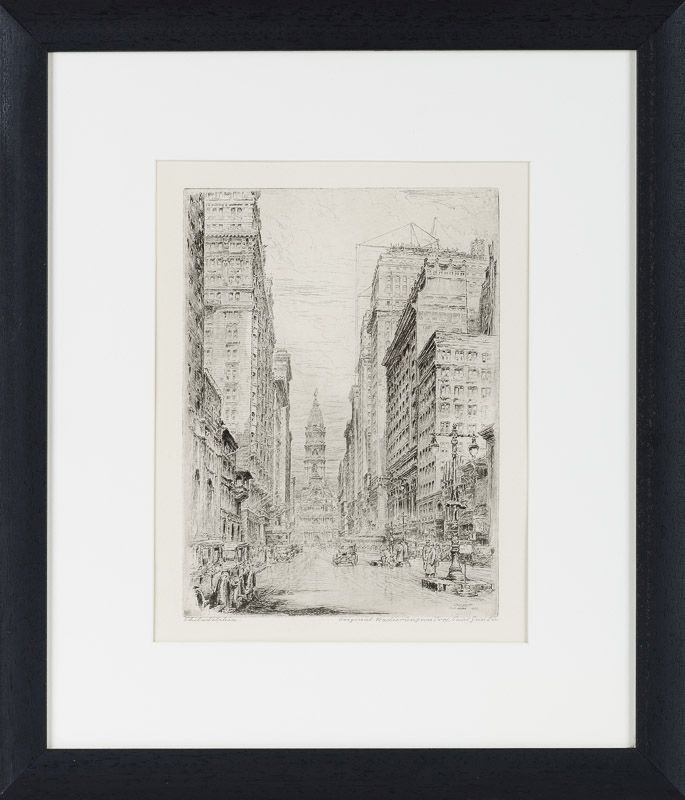 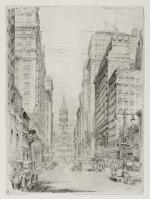