Original, unpublished letter by Anglo-Irish diplomat, Percy Clinton Sydney Smythe, 6th Viscount Strangford, to Sir Charles Stuart [Charles Stuart, 1st Baron Stuart de Rothesay], asking him for a favour to send a Lantern to an address in Paris [?]. Strangford writes from his post as British Envoy Extraordinary and Minister Plenipotentiary at the Court of Stockholm, where he was posted between 1817 and 1820.

Percy Clinton Sydney Smythe, 6th Viscount Strangford GCB GCH (31 August 1780 – 29 May 1855) was an Anglo-Irish diplomat.
He was the son of Lionel Smythe, 5th Viscount Strangford (1753–1801) and Maria Eliza Philipse. In 1769, his sixteen-year-old future father left Ireland, joined the army and served during the American War of Independence. While quartered in New York in the winter of 1776 to 1777, he met and courted Maria. She was the daughter of Frederick Philipse III (1720–1785), the third and last Lord of Philipsburg Manor and a descendant of the Dutch founder of the city. At first, her father rejected Lionel, however, as Philipse was a Loyalist during the war, the New York Legislature confiscated his estate, one of the largest in the province, and Philipse changed his mind. They married in September 1779 at Trinity Church in Manhattan and they returned to the United Kingdom. Upon the withdrawal of the British troops from New York in 1783, Philipse also went to England, where he later died.

Smythe was educated at Harrow and graduated from Trinity College, Dublin in 1800, entered the diplomatic service, and in the following year succeeded to the title of Viscount Strangford in the Peerage of Ireland. He had literary tastes, and in 1803 published Poems from the Portuguese of Camoens, with Remarks and Notes, Byron at this time describing him as “Hibernian Strangford”.

In 1806, he served as chargé d’affaires under the Earl of Rosslyn and the Earl of St Vincent, the Extraordinary Envoys of the United Kingdom to Portugal. In 1807, he was appointed British Envoy Extraordinary and Minister Plenipotentiary to Portugal under the reign of King George III. In 1807, as Britain’s envoy to Portugal, Lord Strangford coordinated the Portuguese royal family’s flight from Portugal to Brazil. Lord Clinton, as he was known in Brazil, he arrived with the Royal Family in Salvador in January 1808 and soon they moved to Rio de Janeiro where they arrived on 8 March 1808. Lord Clinton and the Brazilian accountant Dom Fernando José de Portugal had a hard work to do in the Brazilian Imperial Palace. They had to raise the money moved from Portugal to Brazil under the English escort. Their work was during thirty days. The tax service of 2% was according to the Prize Money (the law had been cancelled in 1803 and was re-edited in 1807). They counted one hundred million Pounds and two million pounds in taxes. (In that year, with that money would be possible to buy two hundred million bags of coffee, nowadays it is U$20 billion). After that, the payment delayed fourteen years to be paid after the English recognizance of the Brazilian Independence. That was the money Napoleon wanted to finance his war against England. Napoleon said in his memoirs that Don John was the only one to trick him.

He was British Envoy Extraordinary and Minister Plenipotentiary at the Court of Stockholm in Sweden from 1817 to 1820, during the reign of Charles XIII of Sweden and Charles XIV John of Sweden.
The Levant Company nominated Lord Strangford and his appointment was confirmed in 1820 as the British Ambassador to the Ottoman Empire. As ambassador to the Sublime Porte, he had opportunities to assemble fragments of Greek sculpture. Among his collection of antiquities was the “Strangford Shield”, a 3rd-century CE Roman marble that reproduces the shield of Athena Parthenos, Phidias’ sculpture formerly in the Parthenon. The “Strangford Shield” is conserved in the British Museum. He left Turkey in 1824.
From 1825 to 1826, he served as British Ambassador Extraordinary and Plenipotentiary at St. Petersburg, Russia, when he was created Baron Penshurst, of Penshurst in the County of Kent, in the Peerage of the United Kingdom, enabling him to sit in the House of Lords. His diplomatic career went into decline after he was caught falsifying dispatches to the British government and revealing confidential documents to the Austrian ambassador in St Petersburg. (Wikipedia) 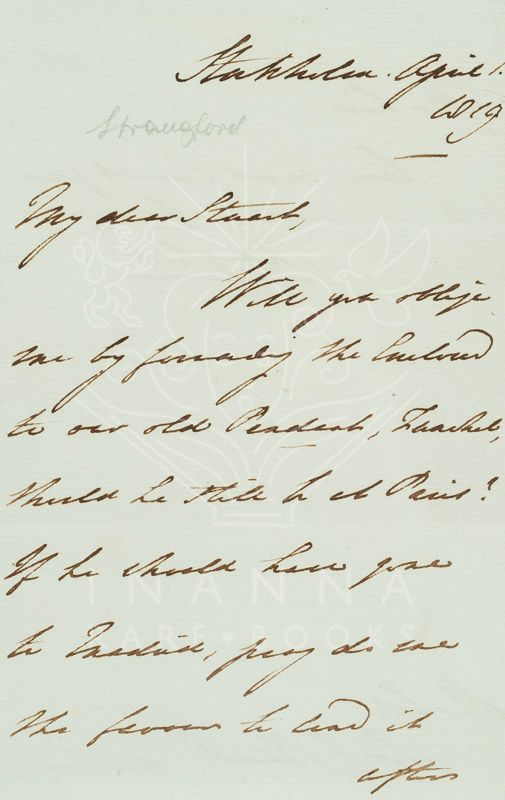 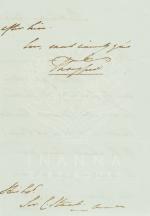