Second Edition. Rare in original dustjacket. London, Harrap, 1935. 15 x 23 cm. 249 pages, including illustrations. Original Hardcover with dustjacket in protective Mylar. The dustjacket with tear and some loss to upper front flap. Otherwise in very good condition with only minor signs of external wear.

Martin Elmer Johnson (October 9, 1884 – January 13, 1937) and his wife Osa Helen Johnson (née Leighty, March 14, 1894 – January 7, 1953) were American adventurers and documentary filmmakers.
In 1917, Martin and Osa departed on a nine-month trip through the New Hebrides (Vanuatu) and Solomon Islands. The highlight of the trip was a brief, but harrowing, encounter with a tribe called the Big Nambas of northern Malekula. Once there, the chief was not going to let them leave. The intervention of a British gunboat helped them escape. The footage they got there inspired the feature film Among the Cannibal Isles of the South Seas (1918).

The Johnsons returned to Malekula in 1919 to film the Big Nambas once again, this time with an armed escort. The escort proved unnecessary as the Big Nambas were disarmed by watching themselves in Among the Cannibal Isles of the South Seas. Martin and Osa finished their trip in 1920 with visits to British North Borneo (now Sabah) and a sailing expedition up the coast of East Africa. After returning home, they released the features Jungle Adventures (1921) and Headhunters of the South Seas (1922).

The Johnsons’ first African expedition, from 1921 to 1922, resulted in their feature film Trailing Wild African Animals (1923).

During the second and longest trip, from 1924 to 1927, the Johnsons spent much of their time in northern Kenya by a lake they dubbed Paradise, at Mount Marsabit. The movies Martin’s Safari (1928), Osa’s Four Years in Paradise (1941), and the film Simba: King of the Beasts (1928) were made with footage of these trips. In 1925, Osa and Martin met the Duke and Duchess of York, later King George VI and Queen Elizabeth, while on safari in Kenya. The third African safari from 1927 to 1928 was a tour of the Nile with friend and supporter George Eastman, founder of Eastman Kodak. This trip, along with previous footage was one of the first talkies for the Johnsons, Across the World with Mr. and Mrs. Johnson (1930), which included Martin’s narrative.
In 1928 three Eagle Scouts were selected in national competition to go on safari with the Johnsons in East Africa: Robert Dick Douglas, Jr., of North Carolina, David R. Martin, Jr., of Minnesota, and Douglas L. Oliver of Georgia. The three scouts co-authored the 1928 book Three Boy Scouts in Africa. Douglas (1912-2015) was an attorney, Martin (1913-2004) became an executive in the Boy Scouts of America, and Oliver (1913-2009) was an Emeritus Professor of Anthropology at both Harvard University and the University of Hawaii.
From 1929 to 1931, the Johnsons spent a fourth tour in Africa in the Belgian Congo. There they filmed the Mbuti people of the Ituri Forest and the gorillas in the Alumbongo Hills. The 1932 feature movie Congorilla was in part a product of this trip, and was the first movie with sound authentically recorded in Africa.
Osa’s Ark S-38

In 1932 the Johnsons learned to fly at the Chanute Municipal Airport (now named the Chanute Martin Johnson Airport) in Osa’s hometown of Chanute. Once they had their pilot’s licenses, they purchased two Sikorsky amphibious planes, a S-39-CS “Spirit of Africa” and S-38-BS “Osa’s Ark”. On their fifth African trip, from 1933 to 1934, the Johnsons flew the length of Africa getting now classic aerial scenes of large herds of elephants, giraffes, and other animals moving across the plains of Africa. They were the first pilots to fly over Mt. Kilimanjaro and Mt. Kenya in Africa and film them from the air. The 1935 feature film Baboona was made from this footage.
On January 3, 1935 Baboona was shown on an Eastern Air Lines plane becoming the first sound movie shown during flight. The movie premiered January 22, 1935 at the Rialto Theatre in New York City. In 1935, the Johnsons were featured on Wheaties cereal boxes as “Champions of Sports.” Osa Johnson was the second female to appear on the box and she and Martin were the first married couple selected for this honor.
The Johnsons’ final trip together took them to British North Borneo again, from 1935 to 1936. They used their smaller amphibious plane, now renamed “The Spirit of Africa and Borneo”, and produced footage for the feature Borneo (1937).
Martin Johnson was a member of the Adventurers’ Club of New York. He described the Borneo expedition before the club on November 19, 1936, the event being called “Martin Johnson Night.” He previewed his “Borneo Pictures” before the group on December 17, 1936.
Martin Johnson died in the crash of a Western Air Express flight near Newhall, California, on January 12, 1937. Osa was severely injured but recovered. By October 1937, the New York Times was publishing dispatches of Osa’s latest trip to Africa, in which she described lifestyles and practices of the Maasai and other tribes. She died in New York City of a heart attack in 1953. (Wikipedia) 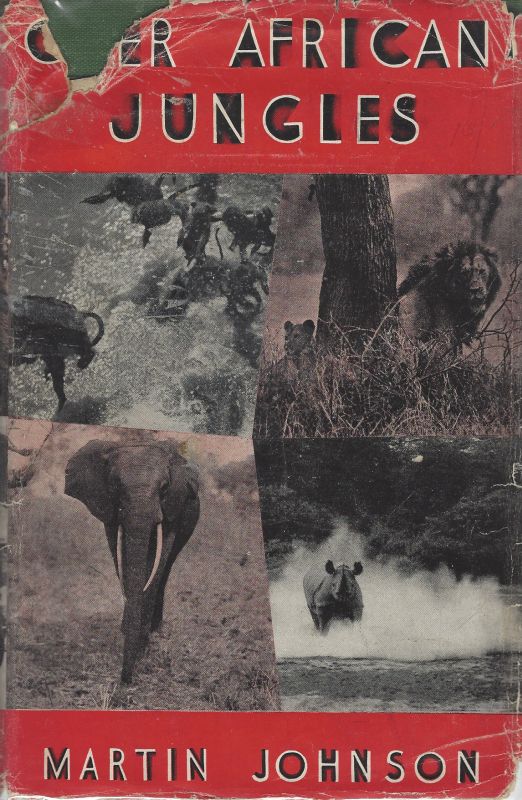 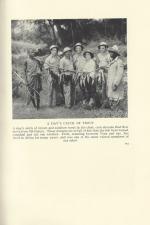 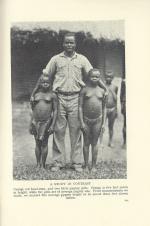