Philip Rieff (December 15, 1922 – July 1, 2006) was an American sociologist and cultural critic, who taught sociology at the University of Pennsylvania from 1961 until 1992. He was the author of a number of books on Sigmund Freud and his legacy, including Freud: The Mind of the Moralist (1959) and The Triumph of the Therapeutic: Uses of Faith after Freud (1966). He was married for eight years in the 1950s to Susan Sontag, during which their son, David Rieff—a writer and editor of his mother’s personal journals—was born. His second wife—and widow—Alison Douglas Knox, died December 12, 2011. (Wikipedia) 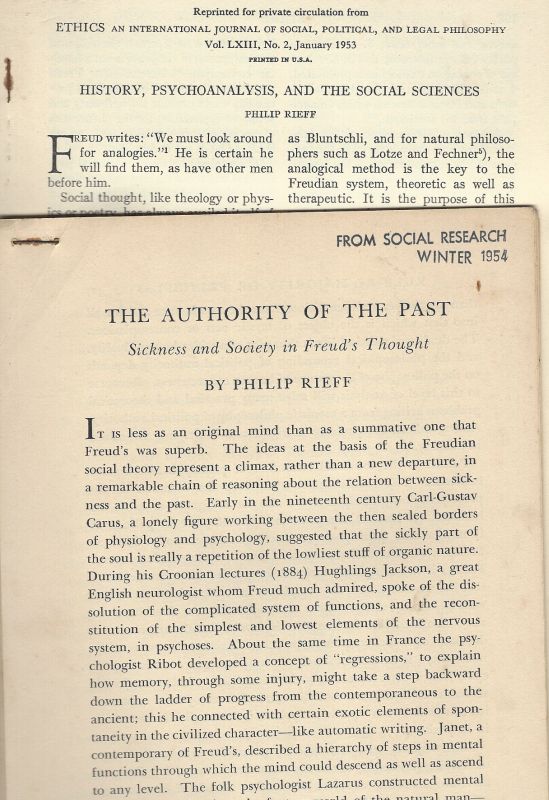