Tallis, Africa - The African Continent with Vignettes and illustrations of an Ar 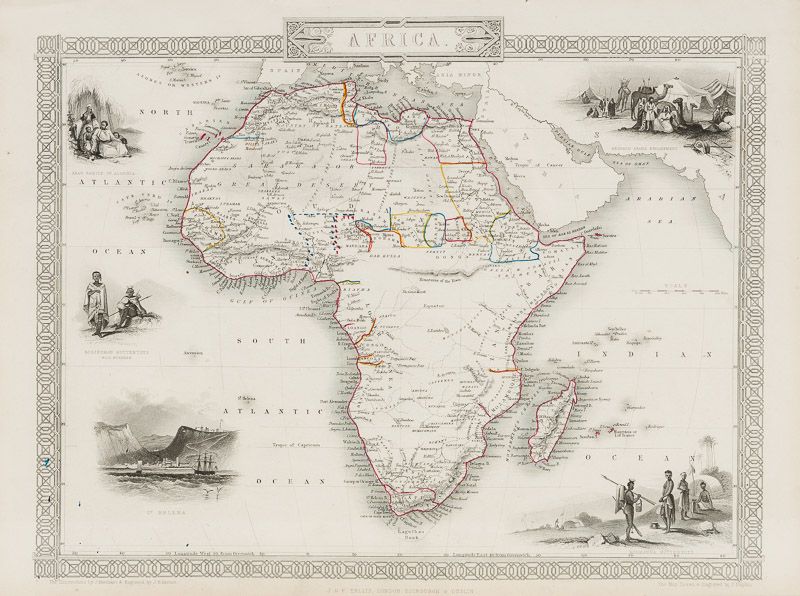