Tallis, Syria with Vignettes and illustrations of a Carawan with Baggage Camels,

Syria with Vignettes and illustrations of a Carawan with Baggage Camels, Local Arabs, Jerusalem. The map shows in the north Asia Minor, Diyarbekr, Damascus, Acre, Gaza, 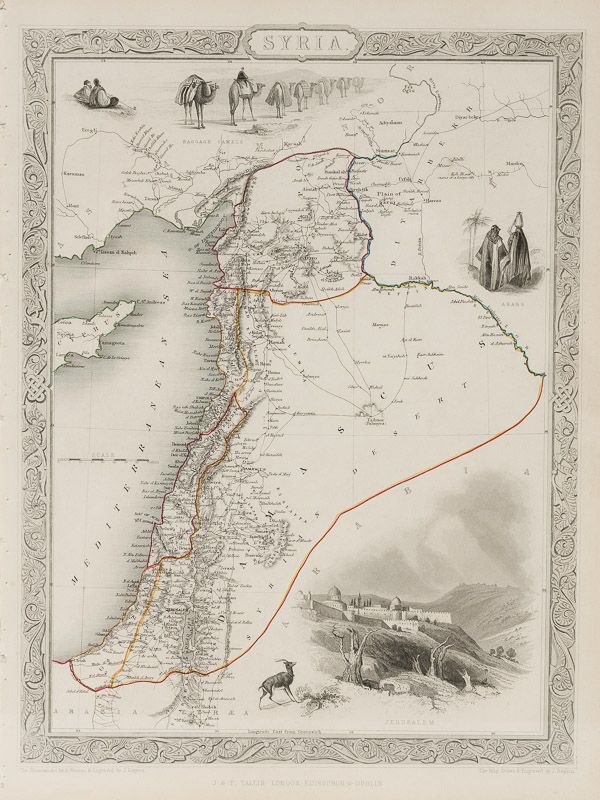 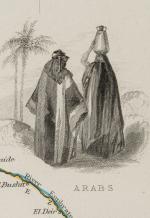