Sumner, No Property in Man Speech of Hon. Charles Sumner, on the Proposed Amend

Charles Sumner (January 6, 1811 – March 11, 1874) was an American politician and statesman from Massachusetts. An academic lawyer and a powerful orator, Sumner was the leader of the antislavery forces in Massachusetts and a leader of the Radical Republicans in the United States Senate during the American Civil War and Reconstruction along with Thaddeus Stevens, who filled that role in the United States House of Representatives. He jumped from party to party, gaining fame as a Republican. One of the most learned statesmen of the era, he specialized in foreign affairs, working closely with Abraham Lincoln. He devoted his enormous energies to the destruction of what he considered the Slave Power, that is the scheme of slave owners to take control of the federal government and block the progress of liberty. His severe beating in 1856 by South Carolina Representative Preston Brooks on the floor of the United States Senate (Sumner-Brooks affair) helped escalate the tensions that led to war. After years of therapy Sumner returned to the Senate to help lead the Civil War. Sumner was a leading proponent of abolishing slavery to weaken the Confederacy. Although he kept on good terms with Abraham Lincoln, he was a leader of the hard-line Radical Republicans.
Scholars consider Sumner and Stevens to be among America’s foremost champions of black rights before and after the Civil War; one historian says he was “perhaps the least racist man in America in his day.”….
Sumner’s friend Senator Carl Schurz praised Sumner’s integrity, his “moral courage,” the “sincerity of his convictions,” and the “disinterestedness of his motives.” However, Sumner’s Pulitzer-prize-winning biographer, David Donald, presents Sumner as an insufferably arrogant moralist; an egoist bloated with pride; pontifical and Olympian, and unable to distinguish between large issues and small ones. What’s more, concludes Donald, Sumner was a coward who avoided confrontations with his many enemies, whom he routinely insulted in prepared speeches.
(Wikipedia) 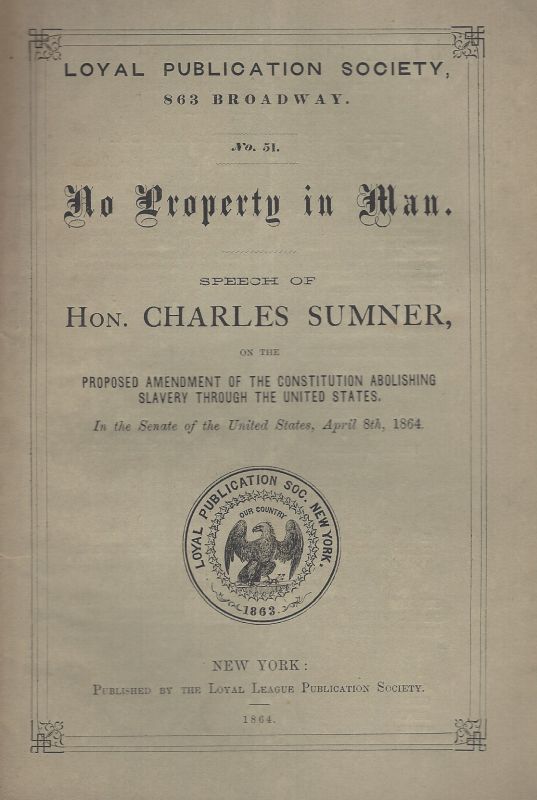