Paris, P.-C. Lehuby, no date (approx. 1818). Small – Octavo. Engraved frontispiece, Titlevignette, 288 pages with two further engravings (4 in total). Hardcover. Original, blue paper-covered boards, extensively decorated with gilt floral motifs and an inset illustration of the young Robinson and his dog on a beach. Very good condition. Interior remarkably clean. Fine example of a so-called Robinsonade, a fashionable adaptation of the original Robinson Crusoe story, in this case based on another “Robinsonade”, this is a somewhat modified and inspired version of Johann David Wyss’ famous publication “The Swiss Family Robinson”, which he published initially “to teach his sons about family values, good husbandry, the uses of the natural world and self-reliance” (Wikipedia). In her publication “History and the Construction of the Child in Early British Children’s Literature”, Jackie C. Home writes that “The Bibliothèque Nationale de France online catalogue lists 35 French language editions of Mallès de Beaulieu’s novel, published between 1818 and 1923, suggesting that the novel was one of the most popular titles fro children in nineteenth-century France.”

Robinsonade is a literary genre that takes its name from the 1719 novel Robinson Crusoe by Daniel Defoe. The success of this novel spawned so many imitations that its name was used to define a genre, which is sometimes described simply as a “desert island story” or a “castaway narrative.” The word “Robinsonade” was coined by the German writer Johann Gottfried Schnabel in the Preface of his 1731 work ‘Die Insel Felsenburg’ (The Island Stronghold). It is often viewed as a subgenre of survivalist fiction.

Robinson Crusoe and “Robinsonades” share plot elements with William Shakespeare’s The Tempest, but the story emphasis and story
message are markedly different. 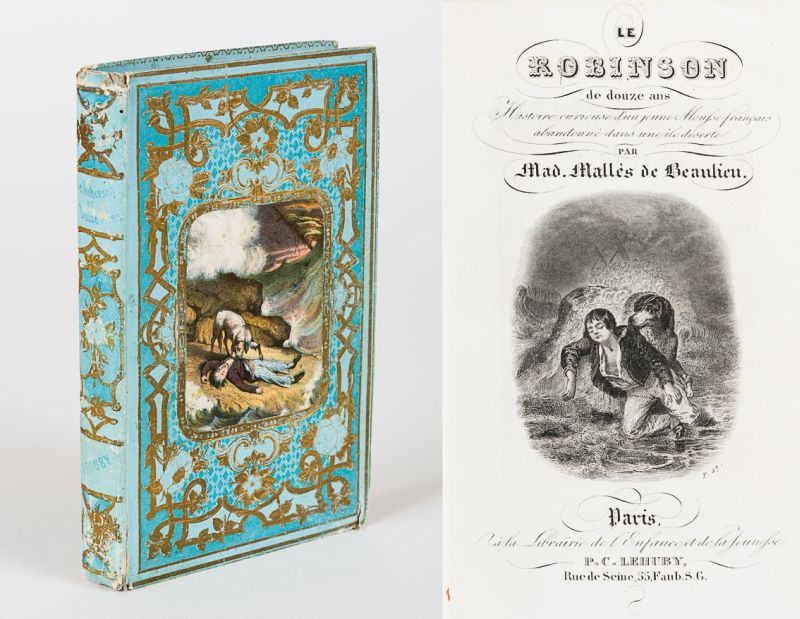 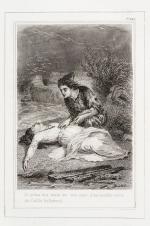 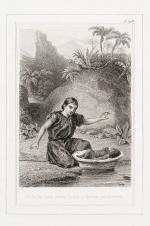