Gilpin, Collection of four Volumes by Gilpin - All from the historical library a

Collection of four Volumes (bound in two) by Gilpin – All from the historical library at Castle Freke (Castlefreke, West Cork / Ireland). The Volumes include: I. & II. Observations Relative Chiefly to Picturesque Beauty, Made in the Year 1776, on Several Parts of Great Britain; particularly the High-Lands of Scotland. [Second Edition, with an “Account of the Prints” bound to the rear] / III. Observations on the River Wye and several Parts of South Wales &c. relative chiefly to Picturesque Beauty; Made in the summer of the Year 1770 (Third Edition). / IV. An Essay on Prints – [″The chief intention of the following work was to put the elegant amusement of collecting prints, on a more rational footing; by giving the unexperienced collector a few principles and cautions to assist him”] (Fourth Edition with the printed dedication “To the Honorable Horace Walpole in Deference to his Taste in the Polite Arts; and the Valuable Researches he has made to improve them; the following work is inscribed by his most obedient and very humble servant, William Gilpin”). [Volumes I & II with 40 original illustrations and vintage 18th century maps [correctly 39 illustrations and one table], for example of Loch Lomond and the Firth of Forth/ all illustrations are vintage mezzotint-plates].

Mixed Editions. Four Volumes (bound in two). London, Printed for R. Blamire, Strand, 1792. Octavo. Pagination: Volume I: XI, [1], 221 pages with 24 mezzotints / Volume II: 195, XVI pages with 16 mezzotints and an “Account of the Prints” as well as “Translations of Latin Passages” / [Volume III]: [River Wye]: XVI, 152 pages with 16 (of 17) full – page mezzotints / [Volume IV]: [An Essay on Prints]: XIII, [3], 174 pages plus XI pages Index and 1 page Errata. Hardcover / Early 19th century quarter – morocco with gilt lettering and ornament on spine. Both volumes bound in unison. Very good + condition with only minor signs of external wear. Pages 185 – 191 of Volume I with some stronger browning. Otherwise the interior very clean. All mezzotints in very good or even better condition. This is the original copy from the historical Castle-Freke Library in West Cork (Ireland), with two armorial bookplates to front and rear pastedown with the family’s motto ‘Pro Patria’. With two pages of manuscript annotations by a contemporary hand with a reference between the common name “Tarbet” in Scotland and a place-name in County Kerry in Ireland” (pages 13 of Volume II) / another entry is on page 12 of Volume II regarding the name-sake “Loch-Loung” for a Lake of ships in Scotland and Ireland.

Includes the following original illustrations / mezzotint-plates: 1. A copy of the shilling, which King Charles I in his necessity ordered to be stamped at the siege of Newark / 2. A resemblance of the picturesque Bridge at Hawick / 3. A perspective view of the mountains at Ferney / 4. Approach to Edinburgh. [with a statement by the author Gilpin: ‘I do not think the appearance of Arthur’s seat, and the rocks about Edinburgh, which present, at a distance, the appearance of a cap of Maintenance, is overcharged in this print’. / 5. A corner of the rock, on which Edinburgh-castle stands with the bridge over the North Loch / 6. A plan of the situation of Hopeton house; but by no means taken with exactness / 7. The Firth of Forth from the Lawn before Hopeton-House / 8. Blackness-Castle; in which something of the indistinct appearance, which it made after sunset, is aimed at / 9. Approach to the Castle of Sterling / 10. Loch-Leven / 11. View of Rumbling-brig / 12. A sand-bank &c. on the Tummel / 13 and 14. Two prints to illustrate a mode of fixing the hues of nature / 15. The Pass of Killicranky / 16. The Vale of Tay / 17. The Form of Loch-Tay / 18. A view of Loch-Tay from the church / 19. A view of Loch-Tay from Maxwell’s Temple / 20.View of a Castle on Lake Dochart / 21. Kilchurn Castle / 22. Situation of Inverary-Castle / 23. View of Inverary Castle / 24. View of Loch-Fyne with Bridge over the Aray and Mount Doniquaik / [continued in Volume II]: 25. Castle upon Loch-Fyne / 26. View on Lake Loung / 27. View up the narrow, northern extremity of Loch-Lomond / 28. Plan of Loch-Lomond; exhibiting merely a general idea of the situation of the several parts of it / 29. Plan of the same kind, exhibiting the situation of the country about Dunbarton / 30. and 31. Two views of Dunbarton Castle / 32. View of Dunglas-Castle / 33. View of Queensberry-House / 34. View of Entrekin / 35. A part of Linclouden Abbey / 36. View of the Bleak shores of the Solway Firth [Tràchd Romhra] / 37. Gretna-Green – The church (With statement from the author Gilpin: “Which is rarely, I believe, if ever, used for the celebration of marriages) does not stand so high as is here represented”) / 38. View from the Ray / 39. The Head of a Lancashire Cow / 40. “An illustration of a tree, that in its maturity, has gotten an inclined twist by the wind, and one of that has recovered from such a twist by growth” //

William Gilpin (4 June 1724 – 5 April 1804) was an English artist, Anglican cleric, schoolmaster and author. He is best known as one of those who originated the idea of the picturesque.
Picturesque is an aesthetic ideal introduced into English cultural debate in 1782 by William Gilpin in ‘Observations on the River Wye, and Several Parts of South Wales, etc. Relative Chiefly to Picturesque Beauty; made in the Summer of the Year 1770, a practical book which instructed England’s leisured travellers to examine “the face of a country by the rules of picturesque beauty”.’ Picturesque, along with the aesthetic and cultural strands of Gothic and Celticism, was a part of the emerging Romantic sensibility of the 18th century.
The term “picturesque” needs to be understood in relationship to two other aesthetic ideals: the beautiful and the sublime. By the last third of the 18th century, Enlightenment and rationalist ideas about aesthetics were being challenged by looking at the experiences of beauty and sublimity as being non-rational. Aesthetic experience was not just a rational decision – one did not look at a pleasing curved form and decide it was beautiful; rather it came naturally as a matter of basic human instinct. Edmund Burke in his 1757 A Philosophical Enquiry into the Origin of Our Ideas of the Sublime and Beautiful argued that the soft gentle curves appealed to the male sexual desire, while the sublime horrors appealed to our desires for self-preservation. Picturesque arose as a mediator between these opposed ideals of beauty and the sublime, showing the possibilities that existed in between these two rationally idealised states. As Thomas Gray wrote in 1765 of the Scottish Highlands: “The mountains are ecstatic […]. None but those monstrous creatures of God know how to join so much beauty with so much horror.” (Wikipedia)

Mezzotint is a printmaking process of the intaglio family, technically a drypoint method. It was the first tonal method to be used, enabling half-tones to be produced without using line- or dot-based techniques like hatching, cross-hatching or stipple. Mezzotint achieves tonality by roughening a metal plate with thousands of little dots made by a metal tool with small teeth, called a “rocker”. In printing, the tiny pits in the plate hold the ink when the face of the plate is wiped clean. A high level of quality and richness in the print can be achieved. The mezzotint printmaking method was invented by the German amateur artist Ludwig von Siegen (1609–c.1680). His earliest mezzotint print dates to 1642 […]. British mezzotint collecting was a great craze from about 1760 to the Great Crash of 1929, also spreading to America. The main area of collecting was British portraits; hit oil paintings from the Royal Academy Summer Exhibition were routinely, and profitably, reproduced in mezzotint throughout this period, and other mezzotinters reproduced older portraits of historical figures, or if necessary, made them up. The favourite period to collect was roughly from 1750 to 1820, the great period of the British portrait. There were two basic styles of collection: some concentrated on making a complete collection of material within a certain scope, while others aimed at perfect condition and quality (which declines in mezzotints after a relatively small number of impressions are taken from a plate), and in collecting the many “proof states” which artists and printers had obligingly provided for them from early on. Leading collectors included William Eaton, 2nd Baron Cheylesmore and the Irishman John Chaloner Smith. (Wikipedia) 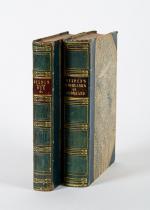 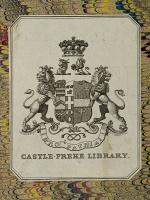 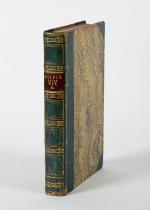 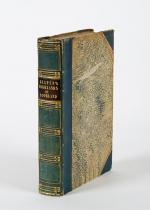 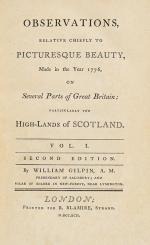 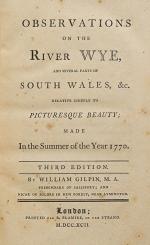 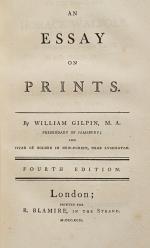