Radcliffe, The Mysteries of Udolpho - A Romance; interspersed with some pieces o

The Mysteries of Udolpho – A Romance; interspersed with some pieces of Poetry.

First Dublin Edition / First Irish Edition. 3 Volumes [complete set]. Dublin, , by Hillary and Barlow, for Messrs. P. Wogan, W. Jones, and H. Colbert, 1794. Small Octavo (17.5 cm x 11 cm). Collation complete: Volume I: 310 pages / Volume II: 321 pages / Volume III: 357 pages. [Few pages with misprinted numerals, as often the case, but all pages in order and complete]. Original, unaltered, 18th-century full leather with gilt lettering on original spinelabels. Very rare, complete set of the first Dublin Edition. Very good- condition with stronger signs of external wear but all three Volumes in firm, original condition. Lesions to the leather-covered-boards and some stronger rubbing to extremeties. Interior with only very few problems. All three Volumes used to have two endpapers before and after the text and some of these endpapers are torn or missing. Textblock in general very good with some very minor and only occasional staining only. In Volume I, tear to corner of page 101/102 and 135/136. Faded stain to only the outer margins of pages 239 to 310 (text never affected). Volume II with small tear to pages 21/22 / Volume III with lesion to page 281/282 and tear to corner 305. These all sound worse than they are and the set is still in very good- condition. From the library of the Meade family in Ballymartle, the titlepage of each Volume bears the name of Helena Meade. An extremely rare and highly collectable set of one of the rarest titles in english literature.

“The seminal terror Gothic romance and the premier maiden-centered Gothic of the eighteenth century, Udolpho’s vast influence in both its own time and ours can hardly be overestimated.” [Source: Marshall B.Tymn – Horror Literature – A Core Collection and Literary Guide]

Ann Radcliffe (née Ward; 9 July 1764 – 7 February 1823) was an English author and a pioneer of Gothic fiction. Her technique of explaining apparently supernatural elements in her novels has been credited with gaining Gothic fiction respectability in the 1790s. Radcliffe was the most popular writer of her day and almost universally admired; contemporary critics called her the mighty enchantress and the Shakespeare of romance-writers, and her popularity continued through the 19th century. Interest has revived in the early 21st century, with the publication of three biographies.

Radcliffe published five novels during her lifetime, which she always referred to as “romances”; a final novel, Gaston de Blondeville was published posthumously in 1826. At a time when the average amount earned by an author for a manuscript was £10, her publishers, G. G. and J. Robinson, bought the copyright for “The Mysteries of Udolpho” (1794) for £500, while Cadell and Davies paid £800 for The Italian (1797), making Radcliffe the highest-paid professional writer of the 1790s Her first successful novel was Romance of the Forest (1791).

Ann Radcliffe led a retired life and never visited the countries where the fearful happenings in her novels took place. Her only journey abroad, to Holland and Germany, was made in 1794 after most of her books were written. The journey was described in her A Journey Made in the Summer of 1794 (1795).

Jane Austen parodied The Mysteries of Udolpho in Northanger Abbey. Radcliffe did not like the direction in which Gothic literature was heading – one of her later novels, The Italian, was written in response to Matthew Gregory Lewis’s The Monk. Radcliffe portrayed her female characters as equal to male characters, allowing them to dominate and overtake the typically powerful male villains and heroes, creating new roles for women in literature previously not available. After Radcliffe’s death, her husband released her unfinished essay “On the Supernatural in Poetry”, which details the difference between the sensation of terror her works aimed to achieve and the horror Lewis sought to evoke. Radcliffe stated that terror aims to stimulate readers through imagination and perceived evils while horror closes them off through fear and physical dangers. “Terror and Horror are so far opposite, that the first expands the soul and awakens the faculties to a high degree of life; the other contracts, freezes and nearly annihilates them.″

Radcliffe was unique in that she was known for including supernatural elements but eventually giving readers a rational explanation for the supernatural. Usually, Radcliffe would reveal the logical excuse for what first appeared to be supernatural towards the end of her novels, which led to heightened suspense. Some critics/readers found this disappointing and felt duped. “Perhaps the most eloquent complaint against the trope was penned by Walter Scott in his Lives of the Novelists (1821–1824). Regarding Radcliffe’s penchant, he writes: “A stealthy step behind the arras may, doubtless, in some situations, and when the nerves are tuned to a certain pitch, have no small influence upon the imagination; but if the conscious listener discovers it to be only the noise made by the cat, the solemnity of the feeling is gone, and the visionary is at once angry with his sense for having been cheated, and with his reason for having acquiesced in the deception.” Some modern critics have been frustrated by her work, as she fails to include “real ghosts”. This could be motivated by the idea that works in the Romantic period, from the late 18th century to the mid-19th century, had to undermine Enlightenment values such as rationalism and realism. (Wikipedia) 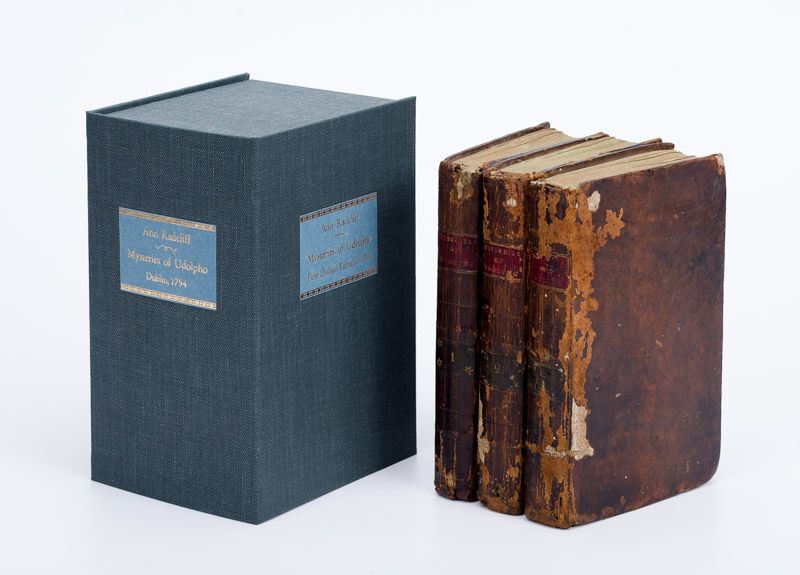 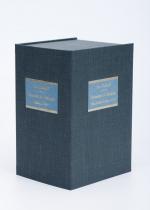 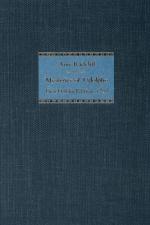