[Puttnam, A xeroxed copy of the second draft of “Chariots of Fire”, which David

A xeroxed copy of the second draft of “Chariots of Fire”, which David Puttnam signed in 2019 and to which he added a wonderful manuscript note: “This is a very interesting early Draft of ‘Chariots of Fire’ – A year later we started shooting the film in Cambridge – Almost exactly two years later the film won the BAFTA Best Picture Award and a few weeks later The ‘Oscar’ ! – Colin Welland also won for Best Screenplay that same evening. Reading this you can see why. Regards – David Puttnam”. 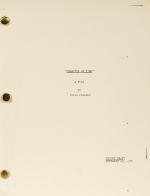 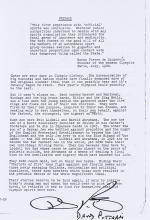 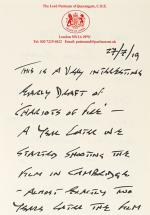