[Strong, U.S. Infantry Tactics, for the Instruction, Exercise and Manoeuvres of

U.S. Infantry Tactics, for the Instruction, Exercise and Manoeuvres of the United States Infantry, Including Infantry of the Line, Light Infantry, and Riflemen. [with vintage cabinet photograph / Carte de visite of Union Brigadier General George Crockett Strong, loosely inserted and his name signed and dated to endpaper on April 28, 1863 (3 months prior to his death after being wounded during his assault on Fort Wagner on Morris Island, South Carolina)]. Prepared under the direction of the War Department, and Authorized and Adopted by the Secretary of War, May 1, 1861. Containing The School of the Soldier; The School of the Company; Instruction for Skirmishers; the General Calls, the Calls for Skirmishers, and the School of the Battalion; Including the Articles of War and a Dictionary of Military Terms.

Includes, for example, the following: Title First – Article First – Formation of a regiment in order of battle, or in a line – Posts of company officers, sergeants and corporals / Article Second – Instruction of the battalion – Instruction of officers – Instructions of officers / Title Second – School of the Soldier – Part First – General rules and division of the school of the soldier – Lesson I. Position of the Soldier (No.78). Eyes right, left and front (Nos.80, 83) – Lesson IV. Principles of the double quick step (No.104) / Part Second – General Rules – Lesson I. Principles of shouldered arms – Lesson VI. Bayonet exercise / Part Third – Lesson I. Alignments – Lesson V. Long marches in double quick time and the run (No.406). Stack arms (No.410). Take arms (No.413) – Manual of Arms for the Musket (No.414) / Title Third – School of the Company – General rules and division of the school of the company – Lesson First – Article I. To open ranks (No.8) – Lesson Second – Article IV. To fire by rank (No.58) – Lesson Third – Article V. To march in retreat (No.119) Lesson Sixth – Article IV. Countermarch (No.334) – Instructions for Skirmishers – Music. General Calls – Calls for Skirmishers / Title Fourth – School of the Battalion – Part Fourth – Article III. Formation in line of battle by two movements (No.485) – Part Fifth – Street Fighting / Appendix – Articles of War – Dictionary of Military Words and Phrases etc.

From the Preface: “The following system of Infantry Tactics, based upon the latest improvements in French military experience, and adapted to the peculiar wants of our service, has been prepared by order of the United States Government, and is now, after the most satisfactory evidence of its efficiency, authorized and adopted by the Secretary of War for the instruction of the troops.” (p.5)

Brevet Lt. Col. William J. Hardee, was tasked by the U.S. War Department in 1855 with updating General Winfield Scott’s (1835) Infantry Tactics, Or, Rules for the Exercise and Manoeuvre of the United States Infantry. The result was the U.S. Infantry Tactics, for the Instruction, Exercise and Manoeuvres of the United States Infantry. Hardee would later resign his U.S. Army commission in 1861 and served as a Confederate general during the Civil War. He ended that war surrendering to U.S. General William T. Sherman who, along with Ulysses Grant, had emerged as the Union’s strategic genius.
Some the changes Hardee introduced reflected the growing lethality encountered on the battlefield resulting from the increasing use of rifled weaponry and improvements to artillery. A significant change Hardee made was to increase the speed of the soldiers’ doublequick step to 165 steps per minute that, “under urgent circumstances,” could be accelerated to 180 per minute (p.24-25).
″It is recommended in marching at double quick time, or the run that the men should breathe as much as possible through the nose, keeping the mouth closed. Experience has proved that, by conforming to this principle, a man can pass over a much longer distance, and with less fatigue.” (p.26)
For the first two years of the war, the Union armies had to use Hardee’s Tactics for the schools of the soldier through the battalion.
This volume also contains the 1806 Articles of War prior to the 1863 revisions known as the Lieber Code or General Orders No.100,that were deemed necessary in response to the massive expansion of the US (Union) army during the Civil War, a war which raised a number of unforeseen issues for martial law regarding slavery, operating in hostile areas once formerly (and still officially) U.S. territory, and the treatment of enemy combatants and civilians.

George Crockett Strong (October 16, 1832 – July 30, 1863) was a Union brigadier general in the American Civil War.
A (1857) graduate of the Westpoint Military Academy, Strong served as an ordnance officer with the rank of lieutenant on the staff of General McDowell at the First Battle of Bull Run. He later served on the staffs of Generals George B. McClellan and Benjamin Butler. In the spring of 1863, he served in the Department of the South, under Maj. Gen. Quincy A. Gillmore.
He was wounded on July 18, 1863, while leading the assault against Fort Wagner on Morris Island, South Carolina, and died of tetanus in New York City. He posthumously received a commission as major general, dated from the day of the battle.
″Cadet Life at West Point by an Officer of the United States Army” (Boston: T.O.H.P. Burnham, 1862), although published anonymously, is attributed to Strong.
The Second Battle of Fort Wagner was the Union attack against the Confederate-held fortified position on July 18, 1863, led by the 54th Massachusetts Volunteer Infantry, one of the first major American military units made up of black soldiers, who, under Lincoln’s Emancipation Proclamation, had been able to enlist in the Northern armies, but who were to serve under white officers. The unit had began recruiting in February 1863 a month after the Proclamation came into effect and trained at Camp Meigs on the outskirts of Boston, Massachusetts. Prominent abolitionists were active in recruitment efforts, including Frederick Douglass, whose two sons were among the first to enlist. Colonel Robert Gould Shaw, the son of a famous Boston abolitionists, led the 54th Massachusetts on foot while they charged, and was killed in the assault. Although a tactical defeat, the publicity of the battle of Fort Wagner led to further action for black U.S. troops in the Civil War, and it spurred additional recruitment that gave the Union Army a further numerical advantage in troops over the South.
The service of the 54th Massachusetts, particularly their charge at Fort Wagner, soon became one of the most famous episodes of the war, interpreted through artwork, poetry and song. In 1989 the 54th Massachusetts (re)gained prominence in popular culture through the award-winning film Glory. (Wikipedia) 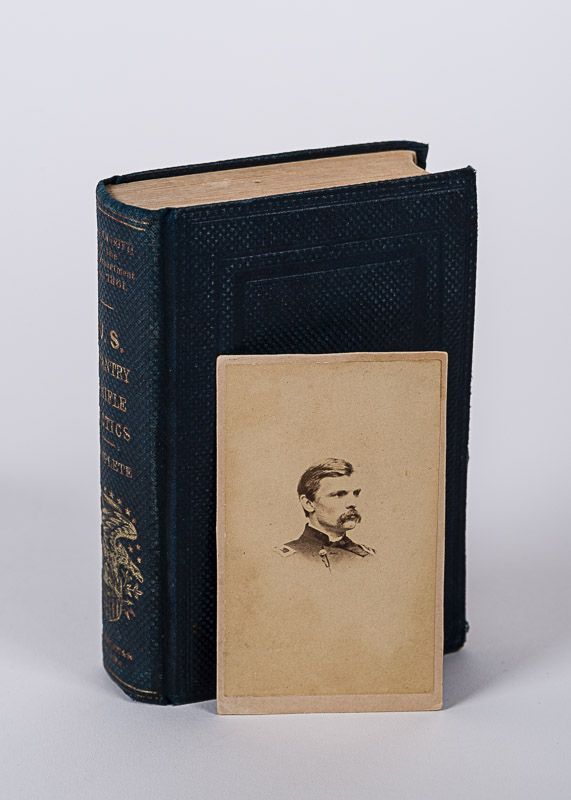 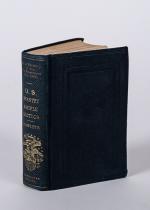 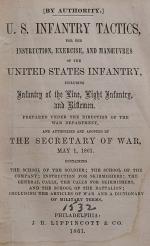