Campbell, Lives of the Admirals, And other eminent British Seamen; containing Th

Lives of the Admirals, And other eminent British Seamen; containing Their Personal Histories, and a Detail of all their Public Services. Including A new and accurate Naval History, from the earliest Account of Time; and clearly proving by a continued Series of Facts, our uninterrupted Claim to, and Enjoyment of, the Dominion of our Seas. Interspersed With many curious Passages, relating to our Discoveries, Plantations and Commerce. Supported throughout by proper Authorities.

The Third Edition. In Four Volumes (complete set). London, Printed for T.Osborne, C.Hitch and L.Hawes, H.Woodfall, J.Rivington and others, 1761. Octavo (13.5 cm x 20.5 cm). Pagination [see full list of maps and portraits below the description]: Volume I: 587 pages with one folded map and two portraits / Volume II: 580 pages with one folded map and two portraits / Volume III: 488 pages with two fold-out maps / Volume IV: 519 pages with two fold-out maps. Hardcover / Original 18th century – calf with gilt ornament and original spine-labels [of which one spine-label has been recently replaced in matching style]. Bindings all firm and with only minor signs of wear and bunping to top and bottom of spine’s. Interior, Maps and Portraits all in excellent condition. Very inor, faded dampstain to the outer margins of some pages of Volume III. From the library of Daniel Conner (Connerville / Manch House), with his Exlibris / Bookplate to pastedown.

The text includes multiple biographical accounts, for example of:

1. George Churchill, Esq., Admiral of the White, one of the Lord High Admiral’s Council, Groom of the Bed-Chamber to Prince George of Denmark /
2. Charles Howard [Charles Howard, 1st Earl of Nottingham, 2nd Baron Howard of Effingham (1536 – 14 December 1624), known as Howard of Effingham – With Portrait] /
3. Sir Humphrey Gilbert, Knight and eminent seaman and Great Discoverer [Adventurer, explorer, member of parliament and soldier who served during the reign of Queen Elizabeth I and was a pioneer of the English colonial empire in North America and the Plantations of Ireland]
On pages 525/526 of Volume I is for example an interesting passage on Humphrey’s work in Ireland: “he came to be considered by some of the most eminent persons in the Court of Queen Elizabeth, as one capable of doing his country great Service, particularly in Ireland, where men of true abilities were much wanted. Their conceptions concurring with Mr.Gilbert’s views, and with that ambition of making himself known by great achievements, which was the ruling passion of his noble mind, he accepted the offers that were made him, and passing over into that Island, became President of Munster, where he performed great things with a handful of men, and became most dreaded by the Irish, than any English-man employed in that service. By his industry and address, he composed the stirs raised by the Mac-Carthies [Mc Carthy’s], and by his valor and avtivity, drove the Butler’s out of his province, when they swerved from their duty. He likewise forced James Fitz-Morris, the greates captain amongst the Irish, to abandon his country, and seek for safety abroad, and performed many other things in conjunction with his brother Sir Walter Ralegh [Walter Raleigh]″
4. Sir Francis Drake / 5. Thomas Cavendish / 6. Sir Robert Dudley / 7. John Lancaster / 8. General Monk / 9. Sir George Ayscough [Ayscue] / 10. Sir Edward Spragge / etc.

All the original Maps in this publication by Thomas Jefferys, Geographer to King George III:

called: “A Chart of all the Krown Islands [sic] off the coast of Zanjibar [Zanzibar] & Madagaskar [Madagascar], lying in the way to India. Drawn from the French Chart of the Eastern Ocean. Published in 1740 by Order of the Count de Maurepas, improved from particular Surveys and regulated by Astronomical Observations”. (30 cm x 25.8 cm)

John Campbell (8 March 1708 – 28 December 1775) was a Scottish author. He contributed to George Sale’s Universal History, and wrote a Political Survey of Britain (1744). He was both prolific and well paid: according to James Boswell, Samuel Johnson spoke of Campbell to Joseph Warton as ‘the richest author that ever grazed the common of literature.’
He was the son of a Campbell of Glenlyon, captain in a regiment of horse, and was born at Edinburgh on 8 March 1708. At the age of five he was taken to Windsor by his mother, originally of that town, and educated under the direction of an uncle, who placed him as a clerk in an attorney’s office. He left the law for literature, in the 1730s.
In 1754 the University of Glasgow conferred on him the degree of LL.D. In March 1765 he was appointed his majesty’s agent for the Province of Georgia, and held the office until his death. He died on 28 December 1775, having received in the preceding year from the Empress Catherine of Russia a present of her portrait.

Campbell produced at the age of 28 a Military History of the late Prince Eugene of Savoy and the late John, Duke of Marlborough … illustrated with variety of copper-plates of battles, sieges, plans, &c., carefully engraved by Claude Du Bosc, issued without the compiler’s name in 1736. In compiling it Campbell used the Marquis de Quincy’s Histoire Militaire du règne de Louis Quatorze, and the works of Jean Dumont and Jean Rousset de Missy on Prince Eugene of Savoy. In 1734 appeared, under Campbell’s name, A View of the Changes to which the Trade of Great Britain to Turkey and Italy will be exposed if Naples and Sicily fall into the hands of the Spaniards. Campbell suggested that the Two Sicilies should be handed over to the Elector of Bavaria.
His first major original work was The Travels and Adventures of Edward Bevan, Esq., formerly a merchant in London (1739), fictitious autobiography in the style of Daniel Defoe. The description given in it by three Arab brothers (pp. 327–8) of a strayed camel, which they had never seen, may have suggested to Voltaire the description of the dog and horse of the queen and king of Babylon in Zadig (1746). In 1739, too, appeared Campbell’s Memoirs of the Bashaw Duke de Ripperda (second edition 1750).
Campbell began to contribute to the (Ancient) Universal History (1740–1744). Only the Cosmogony section is assigned to him by the Biographia Britannica, but in the list of the writers communicated by John Swinton to Samuel Johnson the Cosmogony is attributed to George Sale, and the History of the Persians and the Constantinopolitan Empire to Campbell. To the Modern Universal History he contributed the histories of the Portuguese, Dutch, French, Swedish, Danish, and Ostend settlements in the East Indies; and histories of Spain, Portugal, Algarves, Navarre; and that of France from Clovis I to the year 1656.
In 1741 the appeared Campbell’s Concise History of Spanish America (second edition 1755), and in 1742 A Letter to a Friend in the Country on the Publication of Thurloe’s State Papers, in which John Thurloe’s then newly issued folios were reviewed. In the same year were published vols. i. and ii. of The Lives of the Admirals and other Eminent British Seamen; and the two remaining volumes appeared in 1744. The work was translated into German, and three other editions of it were published in Campbell’s lifetime. After his death there were several more, with continuations, an abridgement appearing in 1870.
In 1743 appeared anonymously Campbell’s English version, with copious annotations, of the Latin work of Johann Heinrich Cohausen, Hermippus Redivivus; or, the Sage’s Triumph over Old Age and the Grave. It reached a third edition in 1771. In 1743 also appeared his translation from the Dutch, The True Interest and Political Maxims of the Republic of Holland. The original was ascribed wrongly to John de Witt; Campbell added memoirs of Cornelius and John de Witt.
In 1744 was published Campbell’s enlarged edition of John Harris’s Collection of Voyages and Travels (1702–05), Navigantium atque Itinerantium Bibliotheca. In the Account of the European Settlements in America, attributed to William Burke and Edmund Burke, the author expresses his obligations to this colossal work. A new edition in numbers was completed in 1749.
To Campbell has been generally ascribed the recast (1744) of The Shepherd of Banbury’s Rules to judge of the Changes of the Weather, by “John Claridge, shepherd”, first issued in 1670, and popular in rural districts. Little more than a few words of the original title remained in the recast, which was frequently reprinted into the nineteenth century. It attempted to base on principles the weather forecasts of the alleged Banbury shepherd. In 1747 Campbell’s The Spanish Empire in America was published.
To the first Biographia Britannica, the issue of which in weekly numbers began in 1745, Campbell’s contributions, signed E. and X., were copious; but they ceased with the publication of vol. iv. Among them were biographies of members of noble British families. In 1750 there appeared, mainly reprinted from a periodical, ‘The Museum,’ his work The Political State of Europe, which went through six editions in his lifetime, and gave him a wide reputation. It consisted of summaries of the history of the most prominent European states, with remarks on their international relations, and on the policy of their rulers and governments.
A Full and Particular Description of the Highlands of Scotland, its Situation and Produce, the Manners and Customs of the Natives (1752) contained a highly coloured account of the highlanders and of the resources of the Scottish Highlands. After the Peace of Paris, 1763, he wrote, at Lord Bute’s request, a Description and History of the new Sugar Islands in the West Indies, to show the value of those which had been ceded by the French at the close of the Seven Years’ War.
In 1774 appeared his last work, A Political Survey of Great Britain, being a series of reflections on the situation, lands, inhabitants, revenues, colonies, and commerce of the island (2 vols. London, 1774). It mentions projects for the construction of harbours, the opening up of new communications by road and canal, and the introduction of new industries. Campbell proposed that the state should buy up all the waste lands of the country and develop their latent resources, arable and pastoral. Many years had been spent in its preparation, and some of the original subscribers were dead before it appeared. The memoir of Campbell in Andrew Kippis’s Biographia Britannica gives a list including further writings. (Wikipedia) 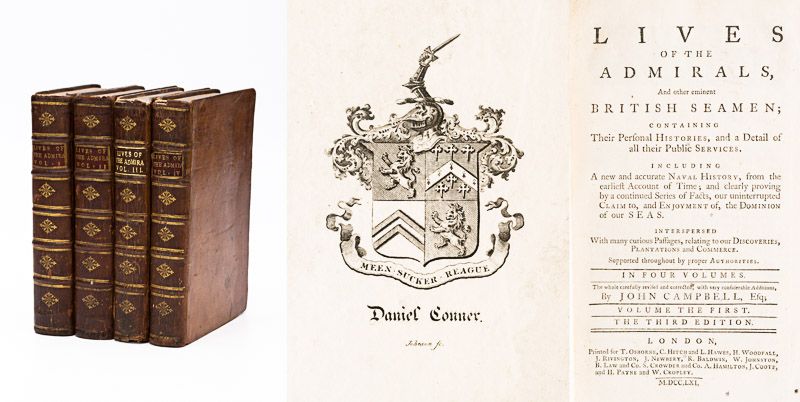 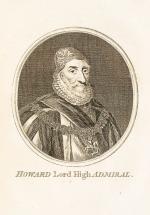 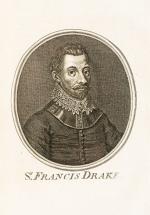 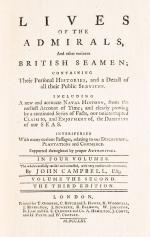 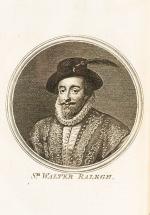 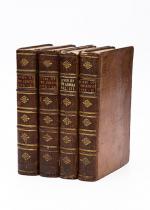 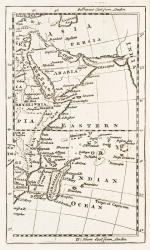