[Rees-Mogg, Arthur O'Leary - His Wanderings and Ponderings in Many Lands. [Willi

Arthur O’Leary – His Wanderings and Ponderings in Many Lands. Edited by his friend, Harry Lorrequer and Illustrated by George Cruikshank. [William Rees-Mogg’s personal copy from his library at Cholwell House and with his armorial Bookplate / Exlibris to pastedown].

New Edition. London, Henry Colburn, 1845. Octavo. Frontispiece-Portrait of Arthur O’Leary, 364 pages with ten illustrations by Cruikshank (including the Frontispiece). Hardcover / Original 19th century half leather with two spine-labels, professionally rebacked and restored by a professional bookbindery. Original pastedowns retained with the original bookbindery-label of C.T.Jefferies & Sons from Bristol. Some of the Cruikshank-plates very good, some with strong foxing (as usual). The text fresh and clean. After the restoration, this Volume is now in excellent condition with some minor signs of wear only.

Interesting Volume by irish writer Charles Lever, following Arthur O’Leary on his many Travels on mainland Europe with adventures and tragedies happening, some of which are reflected in the wonderful caricatures of George Cruikshank. The Volume comes from the Historical Library at Cholwell House, which was re-built by William Rees-Mogg, the great-great-grandfather of British politician, Jacob Rees-Mogg.

George Cruikshank (27 September 1792 – 1 February 1878) was a British caricaturist and book illustrator, praised as the “modern Hogarth” during his life. His book illustrations for his friend Charles Dickens, and many other authors, reached an international audience (Wikipedia) 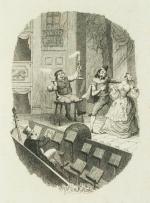 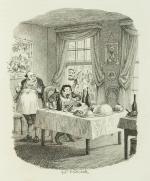 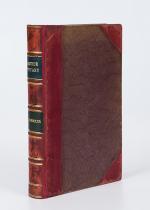 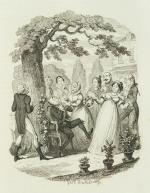 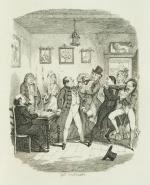 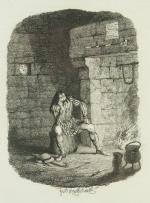 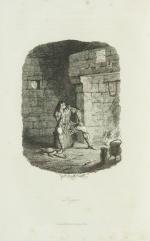 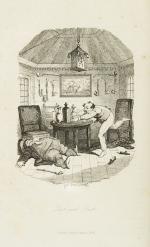 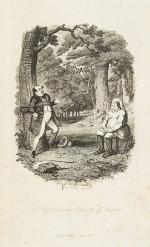 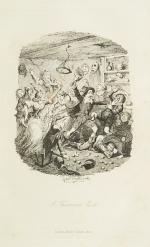 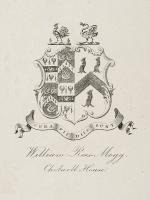 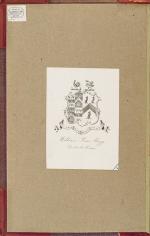 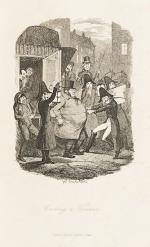 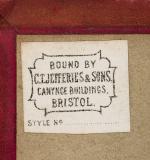