Collection of manuscript material, offprints, association-copies and books from the library and personal collection of Professor Henry David Aiken, American Philosopher, specialist on Analytic Philosophy, Aesthetics, Ethics and Education at the Universities of Columbia, Harvard, Michigan and Brandeis. The collection reflects Aiken’s deep connections to the important postwar-period of great thinkers at American Universities like Harvard and Brandeis. Aiken was friends with John Rawls, Raphael Demos, Daniel Bell, Arnold Kaufman, Stephen Toulmin, Israel Scheffler. Aiken’s “Beloved teacher” and mentor was Ralph Barton Perry (see his dedication in “Predicament of the University”). More importantly, Aiken was accepted as scholar and friend around important thinkers like Willard Van Orman Quine, Alfred North Whitehead, Robert Nozick and John Rawls. The collection includes first edition offprints from nearly all of these mentioned, including the rare first appearance of John Rawls’ “Justice as Fairness” in its original wrappers-issue from 1957 [See on our website images under “Libraries & Collections”]. The collection also includes materials previously inscribed and gifted to fellow philosophers in Aiken’s circle of friends, now reunited with this Archive. [Please enquire for access to excellent photographs and descriptions to each title, included in this collection]. The collection includes for example the Proof of Aiken’s publication “The Predicament of the University” [Working-Title: “The Future of the University”] – This title is of great interest alone, with Aiken’s annotations. Also included is the first edition of Aiken’s personal copy of his Thesis for the Degree of Bachelor of Arts: “Hegel’s Philosophy of Fine Art – A Study with special reference to the Theory of Tragedy”. Among the collection are roughly 200 offprints, often with dedications and inscriptions to colleagues. [Each title is listed in detail, with images, on our website under “Libraries & Collections” (click on “Henry D. Aiken Collection”).

Henry David Aiken (1912–1982), U.S. philosopher. Aiken was born in Portland, Oregon, and taught at the universities of Columbia, Washington, Harvard (1946–65), and Brandeis (1965–80), specializing in ethics, esthetics, and the history of philosophy. He was influenced by the British analytic movement, by the American naturalists – especially Santayana, and by David Hume’s moral and political writings, some of which he edited. Among the works he wrote are The Age of Ideology (1957), selections including a commentary on 19th-century thought; Reason and Conduct (1962), a collection of essays in moral philosophy; and Predicament of the University (1971).
[Source: Richard H. Popkin] 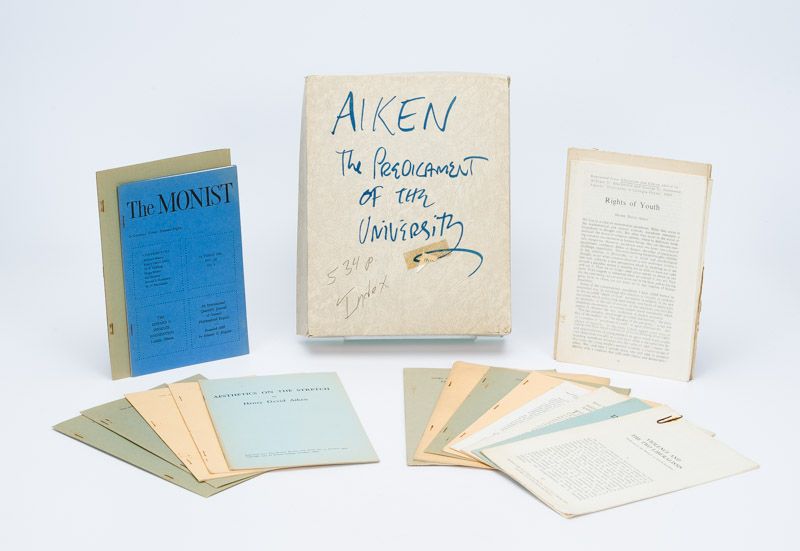 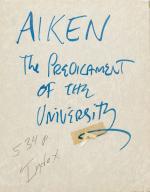 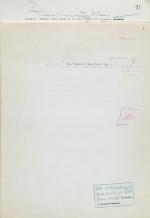 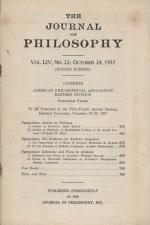