London, James Nisbet & Co., Ltd., 1914. 15.5 x 22cm. 184 pages. With four colour illustration plates and decorative endpapers. Original, illustrated hardcover in protective Mylar. The binding in unusually excellent and firm condition. Endpapers undsiturbed and perfect. Foxed on the edges and some mild foxing inside. Very minor lesion to the outer margins of 6 pages only. Private gift-inscription and letter included: Inscribed “To Elsie with best wishes from E.Miller”. An original, signed letter by Aunt Miller to Elsie is loosely inserted. All the wonderful colour-plates by Brian Hatton are in place and in excellent condition. An extremely scarce book.

‘The White Caravan’ tells of the adventures of a young boy named Ben who, after a bad day at school, decides to run away with a group of gypsy people who are passing through town in their caravans. William Edward Cule (1870 – 1944) was a British author of children’s books and several books for adults on Christian themes. In all, he wrote some thirty books encompassing a number of popular genres: school stories, adventure yarns, fairy tales, novels and Christian allegories and fable. Cule published five volumes of public school stories, which went through numerous reprints. All are good-humoured and entertaining stories with plots that often turn on the personal foibles of the characters, whether boys or schoolmasters. Cule is a moralist but a genial one: his stories uphold the public school values of honesty, generosity, sportsmanship and service to others.

Brian Hatton (12 August 1887 – 23 April 1916) was a British artist. He was born in Broomy Hill, Herefordshire, and killed in action during the First World War. His works showed considerable promise and include local landscapes, family portraits, figure studies and book illustrations. A major exhibition of his work was displayed at the Hereford Museum and Art Gallery between November 2007 and January 2008. (Wikipedia) 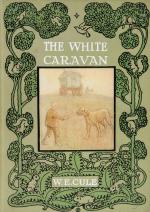 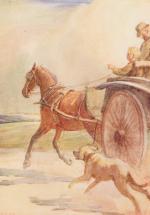 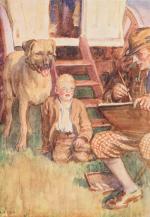 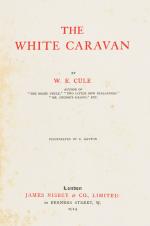