Cudlipp, Publish And Be Damned ! The Astonishing Story of The Daily Mirror.

Hugh Cudlipp was a towering figure in popular journalism, masterminding the editorial formula that made the Daily Mirror of the 1950s and 60s not only the nation’s best-selling daily national paper but one with real social and political clout. Cudlipp never edited the Mirror. But, as editorial director, he pulled the strings. He was the inspiration behind the whole concept, the design, the campaigns, the promotional stunts and the gimmicks that involved reader participation. He also wrote many of its iconic headlines. He was appointed as editorial director of Mirror Group in 1952. He was so sure of himself, and of the Mirror’s status, that just a year later he wrote a history of the paper and, for the title, borrowed Wellington’s famous quote to a former mistress who threatened to publish his love-letters to her: “Publish and be damned!” It is a text all journalists should read because it explains the nature of newspaper populism. [Roy Greenslade, The Guardian] 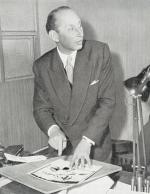 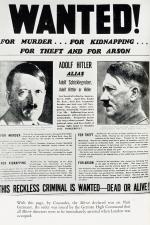 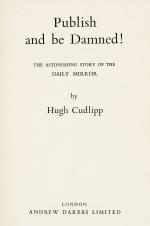 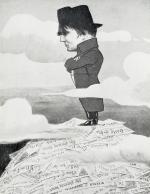