A richly elaborate and highly imaginative map of South America (‘America Inferior’) from the Panama Isthmus in the north to Terra del Fuego in the south. The south part of Jamaica and Barbados are shown near the top of the map. Ascension Island is also shown off the coast. The continent appears bulging and does not bear the more elongated form of later maps.
River, lake, forest, mountain and volcano features are engraved on the map: the Amazon river, Andes mountains and Lake Titicacca (‘Parime lacus, alias Titicacca’) are all shown. The settlements of Darien, Carragocaro, and ‘Buenos ayros’ are identified. ‘Peru’, ‘Chile’ and ‘Paraquay’ all appear on the map, but political details – such as borders – are absent. An unknown and imagined ‘Terra Austrasis Incognita’ lies at the bottom of the map. Decorative title cartouche at the lower section of the map. However, the map stands out for the craterous lake depicted at the centre of the map, between the Equator and the Tropic of Capricorn. It is captioned as ‘Sub Andibus Hydrophylacium America precipuum’.
This is one of several maps prepared by Kircher to illustrate his unique hydro-geographic theory. Kircher hypothesized that tides and currents are caused by water moving to and from a massive subterranean ocean. Kircher further postulated that water entered and exited the subterranean ocean via a number of great abysses situated around the globe. In addition, he believed that massive underground lakes lay beneath most of the world’s great mountain ranges. The map appeared in Kircher’s book, Mundus Subterraneus (The Subterranean World) that was first published in 1665 laying out his (pseudo-) scientific theories on hydro-geology. 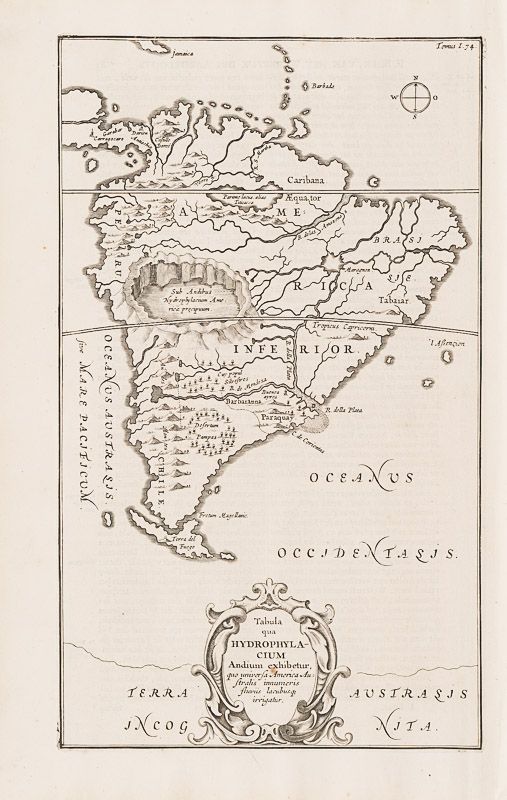 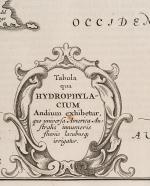 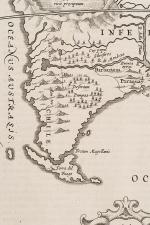 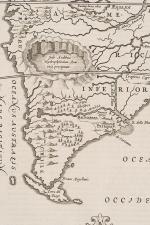 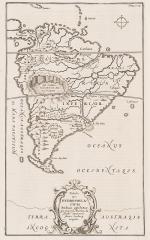