Central America with Guatemala, Honduras, Salvador, Nicaragua, [Mosquito Territory] and Vignettes and illustrations of Belise [Belize, formerly British Honduras], the Volcano of Isalco and The Great Square of the Antigua in Guatemala. 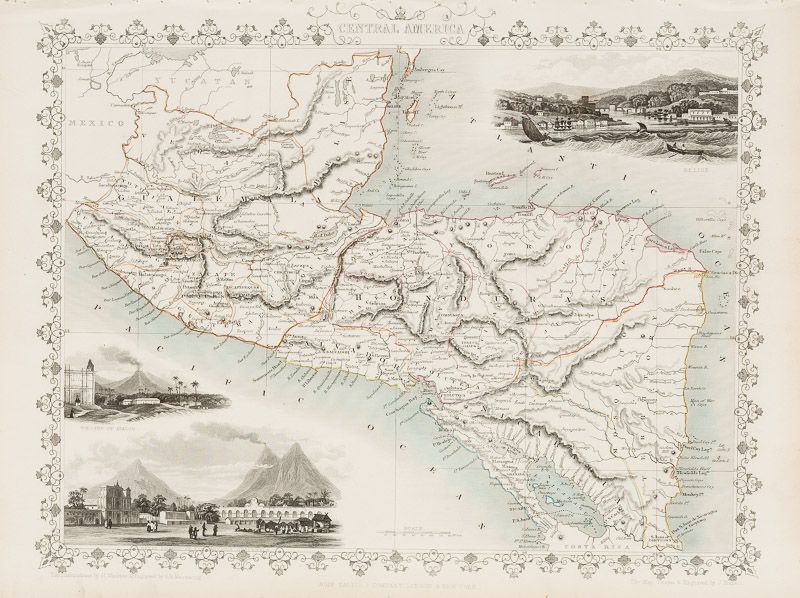